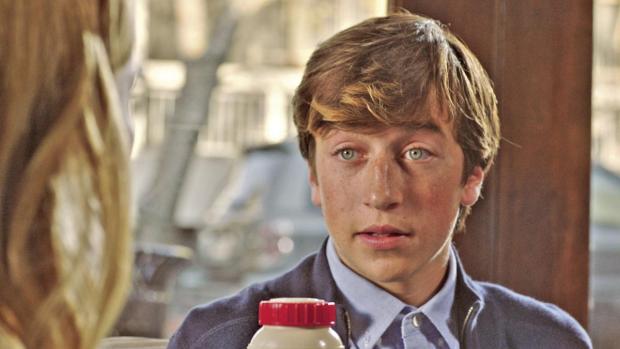 Skyler Gisondo is someone that’s been making steady progress with his career and yet he still seems like a surprise in the making since it almost feels as though he came into prominence overnight. That’s not the case of course since he’s been around for a little while but at the same time his time in the spotlight seems like it came all at once and at this point he’s becoming a very talented actor that managed to catch a break and has been skating forward on a wave of success ever since. It’s interesting to see how different his characters are at this point since the first time that a lot of people recall seeing him, in Vacation, he was kind of a whiny, over-sensitive kid that got bullied by his younger brother, but as he started appearing in other shows he became a much more confident character that was easier to take.

10. He was home-schooled for several years.

Skyler did manage to graduate from high school but he was home-schooled for a while as it could have fit better with his acting career that started out when he was still pretty young. Trying to manage a school schedule and one’s desired career can be a bit tricky at times.

Remember how the Griswold kids kept changing appearance it seemed throughout the run of the Vacation movies? Well this was yet another turn for Rusty and Audrey since it was kind of obvious they wouldn’t be bringing back any of the classics since it’s kind of obvious that they wanted to keep up tradition.

Honestly he’s been around for a while and it seems that he knew what he wanted to do since he was younger which is kind of interesting since a lot of kids might come up with a handful of career choices before they’re ten years old and only one of them would have anything to do with Hollywood.

7. He was in The Amazing Spider-Man.

He had a very small part in this film since it was mostly about Andrew Garfield and Emma Stone. He was one Gwen Stacy’s younger siblings and really didn’t factor into the show all that much except to take up another spot that needed filling. But yes, he was there.

6. He had Ben Stiller and Robin Williams help him with a promposal in high school.

How great would it be if you could get not one but TWO big-time celebrities to come and help you with a promposal? It’s unknown if his proposed date said yes but one could certainly hope she would if something this elaborate was planned.

5. He was in Night at the Museum: Secret of the Tomb.

4. He did a few commercials when he was younger.

Skyler’s been building his reputation for a while and it seems that after doing a few commercials he felt ready to take on something a little heavier and wanted to get into acting proper, though it was still a bit of an uphill climb.

He’s still a young man so there’s a lot of time left to keep his reputation moving in an upward direction. Honestly he does seem as though he gets better with each new project even if those projects don’t always pan out the way they need to.

2. He was in the remake of The Three Stooges.

It kind of feels like beating a dead horse to say this but there are some shows and movies that just don’t need to be remade or rebooted or even touched once they’ve become classics. The Three Stooges was something that was hilarious in the old days and remains so today because they were short episodes that allowed for the maximum amount of laughs and little else. Turning it into a movie was a disaster in the making.

It’s one thing to know that your friend’s mom is a zombie, it’s another thing entirely to be cool with it. This is one of those strange series that people tend to like and yet can’t always explain why since it touches on subjects that are exceedingly simple and yet bring up a lot of room for debate on the morality and inherent ‘rightness’ of the subject at hand.

He’s proven to be a good actor so far, his career should be pretty stable for some time to come.