Home
Movies
Are We Ever Going to See a “Sky High 2?” 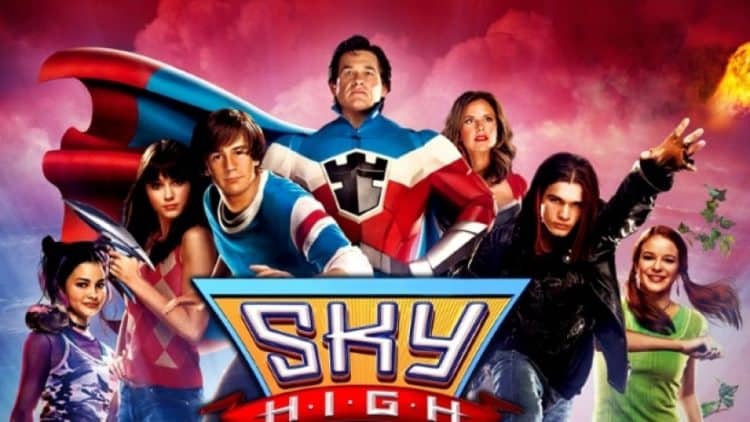 Superhero movies have managed to become mainstream in recent times. For proof, look no further than the fact that Marvel Comics is managing to churn out a regular succession of blockbusters, which shows no signs of losing momentum so far. However, it is important to remember that there were people making superhero movies even before the start of the Marvel Cinematic Universe with Iron Man in 2008, including some examples that are still remembered with fondness by movie-goers.

One excellent example is Sky High, which was a Disney movie that came out in 2005. Like its name suggests, the movie was set in a high school that specialized in teaching super-powered kids in preparation for a career as a superhero, which is an interesting setup that sees a fair amount of use in not just the United States but also other countries that have embraced the concept of the superhero. In it, the son of two famous superheroes is sent to the sidekick curriculum because he doesn’t seem to have superpowers, but in the end, he finds out that he does have superpowers, which he uses to foil the revenge plot of one of his parents’ enemies before getting together with his childhood friend. As a result, while Sky High was something of a thematic mess, it was nonetheless executed well enough that it managed to earn more than $86 million on a $35 million budget.

Is There a Chance for a Sky High 2?

Of course, the fact that Sky High was something of a success means that there are people out there who would be interested in seeing a follow-up to the movie. For that matter, since superhero movies have managed to become mainstream, it seems probable that there are even more people who might be interested in seeing a superhero movie set in a high school setting, which is a setup with plenty of potential that remains unexplored by the Marvel Cinematic Universe and the DC Extended Universe. As a result, while it is interesting to note that there is indeed the chance of a Sky High 2 being made, this particular piece of news might not be as surprising as it might have been under other circumstances.

With that said, a Sky High 2 making it onto the movie screen is far from guaranteed. After all, the initial announcement that a Sky High 2 was under development came in late 2016, which was when interested individuals found out that the director of the first movie Mike Mitchell was working on said project in collaboration with Walt Dohrn of Shrek and Trolls fame. However, it is clear that the project is not a matter of the utmost priority, as shown by the fact that no further information has been released since that time. This is unsurprising because Mitchell outright stated at the time of the initial announcement that he and Dohrn would be working on either a Sky High 2 or a hypothetical follow-up to the Shrek franchise, meaning that their attentions were divided from the start.

Summed up, there is a chance that interested individuals will see a Sky High 2 at some point in the future. This is particularly true because of the recent popularity of superheroes, meaning that there is an increased appetite for superhero media. In particular, there is an increased appetite for superhero media that is willing to step beyond the confines of the most used plots, as shown by the recent successes of not just Logan but also Black Panther and Guardians of the Galaxy. As a result, a Sky High 2 has a fighting chance of being made, particularly since it is a franchise made by Disney.

However, it is important to remember that a Sky High 2 is far from being guaranteed. In part, this is because there are a lot of promising concepts that never actually go anywhere because development can go wrong for a wide range of reasons. However, it should also be noted that the sheer amount of time that has passed since the first Sky High means that coming up with a movie that will continue on what its predecessor built while managing to remain true to the basic premise will be a serious challenge. Certainly, it is reasonable to say that it is doable with the right people under the right circumstances, but in this as in other things, there are no guarantees when it comes to something as complicated as making a movie.