Home
Entertainment
Music
Side by Side: “Weird Al” Yankovic’s “Eat It” and Michael Jackson’s “Beat It” 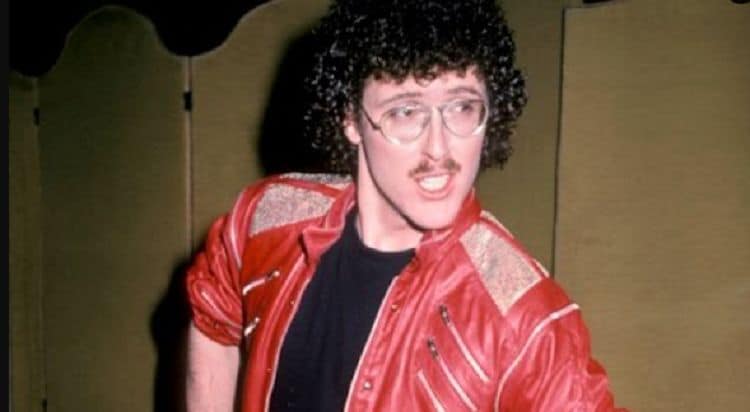 This is definitely pulling a couple of videos out of the mothballs since the video Michael Jackson’s song Beat It and Weird Al Yankovic’s parody to that, Eat It, are both decades old now and have been sitting around collecting dust for a while. When the parody first came out it was great even though there were some folks who didn’t appreciate it as they might have missed the fact that there was a lot of detail in Weird Al’s version since the guy managed to copy Michael’s movements and little tics throughout the video in a very impressive manner. There were plenty of moments that were thrown in for humor and effect, such as when Al was eating or falling when Michael wasn’t. But that was to play up the comedy of it since Eat It was comedy gold back in the day and it was one of the songs that really managed to keep people paying attention to Wierd Al since he was one of the funniest men around and he was the only one who could create an effective parody of some of the greatest songs ever made.

Obviously, not everyone appreciated his efforts quite as much, but then not everyone has the same sense of humor either. Some folks don’t like to hear their favorite songs parodied for the reason that they figure it might ruin the artist’s reputation, which is kind of funny really, since nothing was ruined by any parody that Weird Al has ever done and a lot of them are insanely funny as many people would agree. He’s made a career out of parodying famous songs and in some cases even making them sound better since there have been times when his songs come out sounding superior to the original. That’s a bold statement, but it’s true, since some of his songs, his parodies, have ended up taking on a sound that was actually preferable to the original song.

Quite a few of us probably grew up listening to Weird Al and a lot of the songs he wrote, but looking at how much detail he put into some of his videos is probably something that a lot of people might not have noticed right off the bat. This side-by-side comparison is pretty cool since it does show how much work went into the video and how much attention Yankovic paid to Michael Jackson’s movements. Jackson was by far one of those that conveyed his songs through dance as much as sound since the way he moved was hard to replicate as even Weird Al doesn’t bother with every little movement, but he managed to get several of the big ones down as he started from the start of the video and went all the way to the end. One has to wonder how many times he had to watch the video to really get even a fraction of it down and then decide how to alter it just enough so that it would fit into his video. The obvious moves that he put in as parodies of the original were great, while the ones that he replicated nearly perfectly were also just as great since he was paying attention and a lot of respect to Michael even while he was kind of roasting him in the video.

This kind of makes a person wonder how some celebrities feel when they’re parodied in this manner. Some might have a good laugh at their own expense and some might get a little uppity and think that it’s anything but funny. But the point is that Yankovic isn’t really trying to offend anyone, at least that’s always been the hope since his parodies are simply funny and not really meant to be taken seriously. Throughout the years he’s managed to create parodies for a long list of songs and most of them have been absolutely hilarious. Some celebrities can take it and some can’t since for whatever reason they might get offended and think that he’s out there making fun of them, their message, or something else entirely when in truth he’s usually making people laugh and not much else.

But this video still stands out as one of the best since this was one of the songs that Michael Jackson was really known for back in the day and its one that Yankovic managed to replicate in a way that made people laugh without fail. Like all songs, it eventually got old and lost a good bit of its luster, but pulling it out every now and then and dusting it off to listen is a joy since it might remind some of us of the days when we were younger and were either listening to Michael or Weird Al and dancing along to both of them.