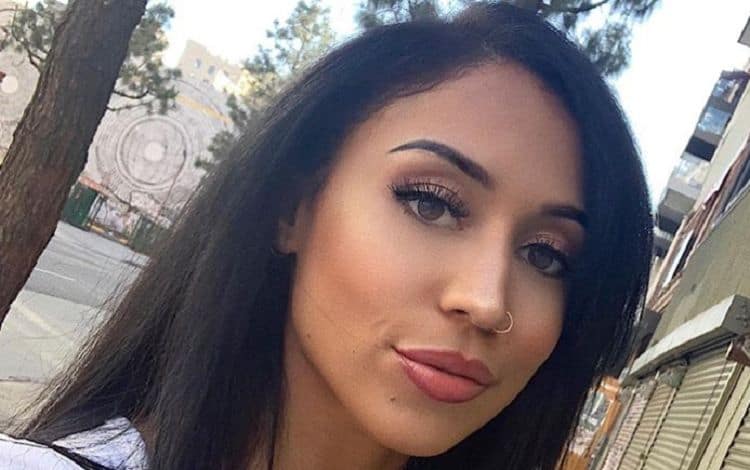 Christians pray that they are not led into temptation, but what happens when you are the one seeking the temptations? It may not make sense to most that they would allow their partners to be surrounded by the most-good looking people with great personalities. However, some couples find it necessary hence “Temptation Island” fulfills this need. Shari Ligons and Javen Butler are the only ones from season 1 of the series to ever win the competition. Let’s learn a little bit more about Shari and her experience on the island.

1. She has never dated anyone else besides Javen

By the time you meet the one, you might have to kiss so many frogs. Some of us are lucky that the first person we kiss is our Prince Charming, and Shari falls in this category because, at only 16, she met the man who would become her husband. The strange thing is that at that age, teenagers are usually interested in exploring their options, but Shari and Javen were content with each other. Therefore since they began dating, they have never dated any other person.

2. She kept her engagement a secret from her family

When Shari and Javen went on the Island, two possibilities were always there; they could either come out as a couple or fall in love with someone else. Luckily for them, the first option was their fate, and Javen proposed on the island. Shari was not expecting her boyfriend to propose to her, especially not in the show, so she was shocked. Despite her surprise, she managed to keep it a secret from her family, wanting them to find out on the show. According to Shari, she wanted to get a genuine reaction to the news.

3. She does not want to be in any other situation that tests their love

“Temptation Island” has seen many couples doubting if they are meant to be together, and Shari could not believe that some of the couples walked out of the island with new people. Therefore when HollywoodLife asked her if she would like to be on a similar show, Shari’s answer was “no.” She had enough mental torture, and although it was beneficial, Shari said there is no other situation that can help their relationship grow as it did on the island.

4. She has matured a lot since being on the show

The first time Shari went on the show, she had a hard time even talking to the other singles, and she looked like she would have done anything to be with Javen. She also threw shade at the singles as they were being introduced, which Javen concluded was her being petty and revealing her competitive side. The experience has opened her up to the fact that other women can admire her boyfriend, and it is okay to spend time apart. Consequently, unlike before, when they did everything together, nowadays, they have their own friends.

5. Why she wanted to be on “Temptation Island.”

They say once is a mistake, but twice is a decision, and Shari needed to prove to herself that Javen’s heart only beats for her. When Javen went to college, they found themselves in a long-distance relationship. At the time, Javen was around 18, and the experience of being with women without Shari close by affected him negatively. Therefore he hooked up with one, and when Shari visited him in school, the woman he had cheated on her with called and texted, confirming to Shari that he had been unfaithful. Although Javen said there was no emotional connection with the woman, Shari still felt she had to clear her doubts. Would Javen choose her over and over again, even when surrounded by beautiful women? Within 30 days, Shari had her answer.

6. She never had male friends until after the show

According to InStyle, when Shari and Javen went on the reality show, the one thing that stood out is that they both did not have friends of the opposite sex. Javen said that they had tried having platonic relationships, but the friends always developed romantic feelings for them, so they decided to avoid such friendships at all. He added that with Shari being a beautiful woman, men pretended to be friends but had ulterior motives. However, once they were on the show and interacted with people of the opposite sex, they realized it is possible to have platonic relationships.

7. She and her fiancÃ© are high school sweethearts

School is not just a place to learn; it is also a place to forge new relationships such as the one between Shari and Javen. At only 16, the couple fell in love and have stayed in love for over eight years. With their wedding around the corner, Shari and Javen will join celebrities like Jon Bovi and his wife Dorothea Hurley, who were also high school sweethearts and have been married since 1989.

8. She would have ended her relationship with Javen if he had cheated on her again

Nothing hurts a woman like knowing that her man is cheating on her; the only question that comes to her mind is what the other woman has that she does not. Trust is essential for any relationship to grow, hence once bitten twice shy. Shari had already experienced enough heartbreak when her boyfriend cheated on her while in college. She had forgiven but not forgotten. So if on the island Javen had yielded to temptation, Shari would have walked out of the relationship.

One look at Shari and men cannot help but remark on her beauty. She knows it too since she was so sure that if Javen had to look at the physical attributes in the singles on the island, none compared to Shari. However, the sexy figure is not one that comes naturally; she has to work for it. Therefore every morning, Shari goes to the gym to do some workouts.

Shari confessed on Instagram to loving spicy pho, and when she found a restaurant that sold it, it officially became her new favorite spot. The soup is praised for its benefits, including healthy digestive and immune systems, as well as strong joints and bones. It is a balanced meal that comprises meat, vegetables, and noodles, and Shari has mastered how to use the chopsticks.