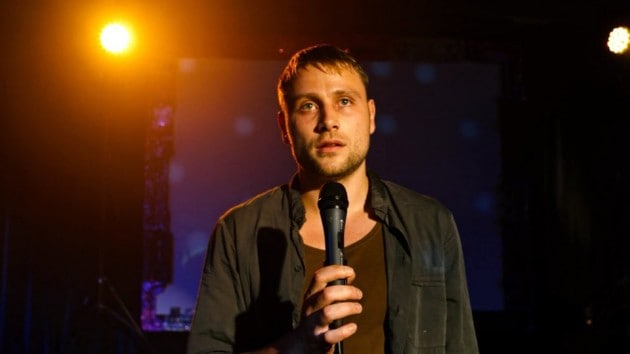 There’s really one thing people will remember about “What’s Going On,” and possibly the entire first season of Sense8 as a whole: the climatic sequence of “What’s Going On,” when all the sensates become oddly compelled to sing the titular 4 Non Blondes song, which Amanita notes is “the perfect song to have a lobotomy to.” That montage is the heart of Sense8 – and more so, represents the show’s much-debated ideas about universality and how it builds bridges between different cultures through shared cliches. Without moving the narrative meter an inch, Sense8 delivers its most essential, entertaining hour yet, thanks to that final sequence, and a number of subtle, moving details that precede it.

In the wake of the action sequences from the last two episodes, it’s no surprise how stunted the high-tension moments of the episode are; save for Sun/Will’s shared experience at the night club, this hour is mostly a comedown from previous dramatic swings, which have existed to heavily hint at the connections being forged between the eight sensates since their “birth”. Wolfgang struggles to move his stolen rocks, so him and Felix hit the town for a night of partying; Capheus gets a job offer from a local gang; and Sun agrees to take the blame for her brother and help maintain the company’s legacy. In many ways, these stories are simply reinforcing simplistic cliches of previous episodes; the European thief, the Korean woman cut out of the family legacy, or the African entrepreneur being recruited in a gang; for all intents and purposes, these are the dramatic equivalents of the 4 Non Blondes song everybody ends up singing. It hits all the notes we’ve heard before, repeating lyrics and a chorus that are all-too-familiar for anyone who was born before 1994; like the stories Sense8 has presented in the first few hours, these decisions are littered by the tropes and cliches that we almost expect them to have.

Yet this final sequence represents something different, and much less egregious than a one-sided approach to depicting human universality; to me, that final sequence is a wildly sharp observation about the things that bring us together as a human race. Being filmed from an American perspective, it makes sense that this idea of connection would spring from American knowledge of pop culture; in 2015, it can be a great unifier, be it the video games we play with gamers from China and Japan, or celebrities that we all admire, no matter what background of life we come from (the ‘Van Damn’ bus is a great example of this). Is this an imperialistic view to hold of what makes the human experience universal? Sure, but given that Sense8 is essentially a piece of media explicitly trying to create those cultural unions, the notion more than makes sense – it takes on a certain philosophic power in that sequence, a philosophy furthered by Sense8‘s slow progression to move away from the cultural cliches and personifications that, while uncomfortably one-dimensional, are almost necessary to get American viewers to engage with these near-alien worlds that Sense8 is depicting.

It’s really Kala’s scene in this episode that reveals this, and not the unified karaoke; presented initially as an arraigned marriage story, Kala’s narrative continues to introduce nuance into her story. Her marriage isn’t actually arranged in the traditional sense, Kala doesn’t struggle with the intersection of faith and science, and her family doesn’t want to go along with the traditional six-hour wedding the company insists they have (in fact, shorter ceremonies cost more money); all of these notes combine to give a uniqueness to her story, complexities that couldn’t be squeezed into the first few hours of the show. Placed in this episode, it makes some of the Wachowski’s goals for the series a little more concrete, as they begin to move away from the troubling generalizations of characters and begin to add intricacy to the details of their lives.

There are plenty of other sequences in “What’s Going On,” but those two scenes are important framing devices for the show’s priorities and goals, ideas powerful and emotionally resonant enough to carry it through what appears to be a fairly uneventful episode (until the final five minutes, of course). While it doesn’t exactly solve the show’s myriad of flaws in any significant way, “What’s Going On” certainly reinforces the intriguing ideas and gives important visualization to the show’s goals and philosophies, in turn delivering the most satisfying episode yet – and with the Four Non Blondes sing-a-long, one of the best scenes on any show in 2015.

– Felix: “Our existence depends on sheer implausibility.” Truer words have never been spoken.

– The Lito/Hernando/Daniela relationship is another great example of the show’s attempt to portray the symbiotic relationship between humans, when Daniela is able to diffuse a potential argument between the two.

– Will’s dad was “a legend” on the police force, because what is a police character without an unrealistic legacy to struggle with?

– Ok, the whole story with Sun and her family is just weird right now. Maybe if Sun spoke up a bit more, we’d have a little more clarity on the family dynamics.

– Riley misses her father pretty badly… and she also vapes. Too bad nobody’s demeaning her for it, amiritie?