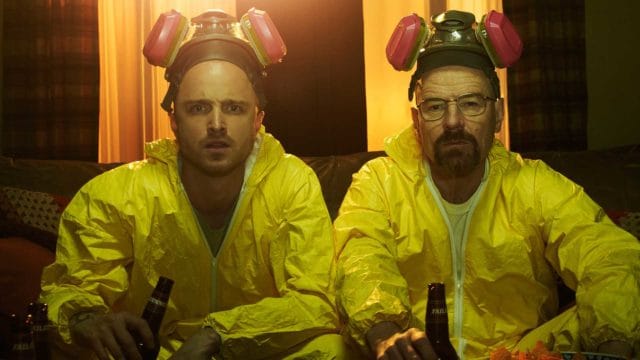 For many fans, Breaking Bad will go down as one of the best dramatic shows in the history of television, let alone AMC.  It was an incredibly well scripted, well acted, and well directed show that tapped into every emotion that it possibly could.  Walter White too, will go down as one of the best characters in the history of television.  It’s not often you root for a science teacher with cancer to become one of the most feared crystal meth producers and dealers in the world.  And I haven’t forgotten about Jesse Pinkman or other members of the cast.   Even years after the finale people are still analyzing Breaking Bad and the show is loosely being resurrected in AMC’s prequel to the show, Better Call Saul.

Today I came across an interesting video that technically began as a study but wound up being a two year project.  According to I Watch Stuff

What started out as a study project turned into a two-year endeavor as some guy edited the entire Breaking Bad series into a two hour movie. It doesn’t do the series justice, but that’s to be expected for something trying to condense five seasons into a single movie. The breakneck speed makes it almost impossible to care for any of the characters or to even fully grasp Walter’s arc. It would’ve worked better if they had been less ambitious and maybe done one movie per season, but as it stands, this is an interesting though flawed project. It definitely doesn’t serve as a replacement for the series, but it might be worth a watch for anybody wanting to revisit the Breaking Bad universe in a more casual way.

Check out the full video below: