Home
Movies
Why You Should See “Bingo: The King of the Mornings” 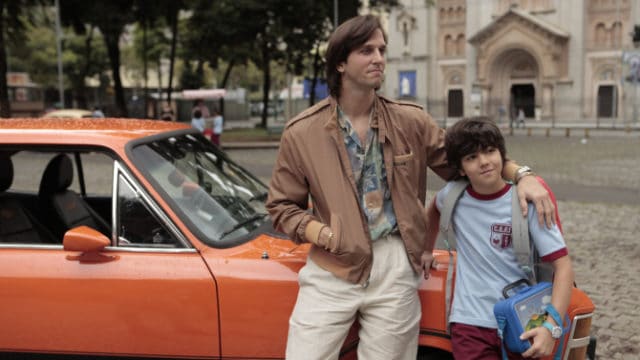 If you like films that aren’t widely released throughout the United States and you like some seriously good acting, you should not hesitate to check out “Bingo: The King of the Mornings.” Chances are, you haven’t seen a movie this good in quite some time.

Apparently, a lot of people agree because this Brazilian film was just chosen as an Academy Award nominee for a foreign language film. All in all, that should speak volumes for the overall quality of the film itself. However, there is much more to the film than mere critical acclaim. It is a film that will definitely get you thinking about the way you treat the important people in your life. For most people, it wouldn’t be out of context to need a box of tissues.

The movie is actually based on a man named Arlindo Barreto, an individual that was both an Evangelical pastor and an actor. In his quest to make a name for himself as an actor, he ended up taking a role that would ultimately change his life, but not in the way he was expecting. He started working as a clown on early morning children’s television. One would think that this would help him connect with his young son that he had at the time but the truth is, his duties for the television show actually created a wedge between the two.

The movie explores the reasons that this happened. Basically, Barreto became so concerned with his duties as a clown on children’s TV, feeling that he couldn’t let those children down, that he ended up letting down the one that mattered the most. In the end, the movie can speak to everyone because there isn’t a person alive that hasn’t done something that caused pain or grief for someone they loved at one time or another. While this may have been intentional or unintentional, the end result is the same. Therefore, everyone can identify with this film to a certain extent.

Ultimately, the film follows father and son as the two struggle with their own relationship all while the father is trying to get his career off the ground and then maintain it. If you like movies that have a deep meaning instead of just showing a lot of things that blow up, this is probably going to be a good fit for you. In reality, it gives you the chance to explore things about your own life on a deeper level. Is there someone that you have unintentionally alienated in your life that you need to make amends with?

Chances are, anyone that sees this film will be asking themselves that question. If that is indeed the case, then it is definitely worth seeing. One thing is certain, if you choose to watch the film, you will definitely be asking yourself some hard questions about your own life. While that may not be the most comfortable thing in the world, it is hardly ever a bad thing, for this is how people grow and evolve. It really isn’t all that often that a movie comes around that can help a person do that but when it does, it creates a very powerful experience.