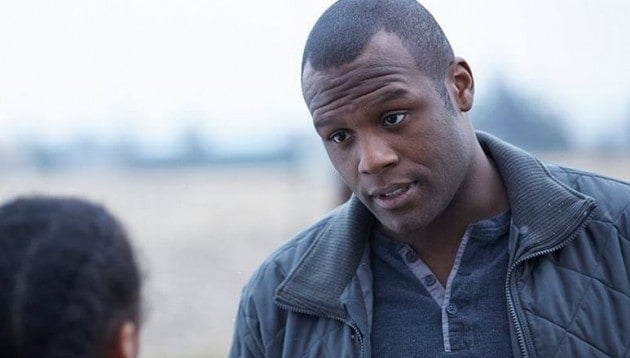 Over the course of its first two episodes, Between has managed to introduce a very solid premise while really doing a lot of things right. It’s been flawed, but you could still see the show slowly coming into its own. Let’s take a look at how that growth shows in the third episode, “Crossing Lines.”

The episode opens with a very striking example of why the town of Pretty Lake is in such dire straits with no adults, as a child charged with taking care of the zoo meets an unfortunate end. Meanwhile, despite assurances otherwise, the government has determined that an unknown substance in the air is going to force them to keep the quarantine in place until levels subside, much to everyone’s dismay. All over the country, protests are breaking out over the treatment of the town and the fate of the citizens.

Relationships are becoming a huge part of Between, and they seem to be driving the story much more than initially implied. Wiley and Adam have a romantic aspect being applied to theirs, Gord and Chuck seem to be forming a strong bond of leadership, and Ronnie’s unknown relationship with the now-deceased Lana serves to progress the murder investigation introduced in the previous episode. I’ve talked before about how the acting has progressed (if only slowly), and you can see a ton of improvement in this episode. During the show’s pilot, the performances were dismal, but, since then, things have managed to grow into something much better than before. There’s still a lot of room for improvement, but it no longer feels like a struggle to try and make it through the dialogue.

The major plot point in “Crossing Lines” is a power outage that strikes Pretty Lake. In addition to further complicating the lives of the citizens within the town, the outage also cuts off communication to the outside world. The other major issue is a gunshot wound suffered by Gord during a confrontation. With no doctors left in town, things look bad for the show’s moral compass.

After a good first act, the episode moves along at a snail’s pace. I’m hopeful that it’s just a problem with “Crossing Lines,” as it hasn’t at all been an issue before, but pacing here is was a huge problem. It does pick back up toward the end, but too much of the episode deals with a lot of meandering just to get to a point that could have been reached in half the time with some leaner storytelling. Also, two specific plot points felt 100% like just a means to an end, and that really brings you out of the story. The first of these is the circumstances that Adam finds out about Wiley’s money, and the second is the sequence of events taking place after the escape of the tiger from the episode’s opening scene.

I still like Between, honestly, but “Crossing Lines” was, without a doubt, the worst episode of the series so far. Despite being part of a season that will only contain six episodes, this entry felt almost entirely like filler, which nobody ever wants. The only major developments were Chuck’s revelation about his girlfriend and the rift that forms (honestly, out of nowhere and for no reason) between Adam and Wiley that leads to a connection between Wiley and Ronnie. We’re only halfway through the season, so I’m not really worried about the overall quality, but it would truly be a shame if the initial promise of Between is ruined by episodes like this one.