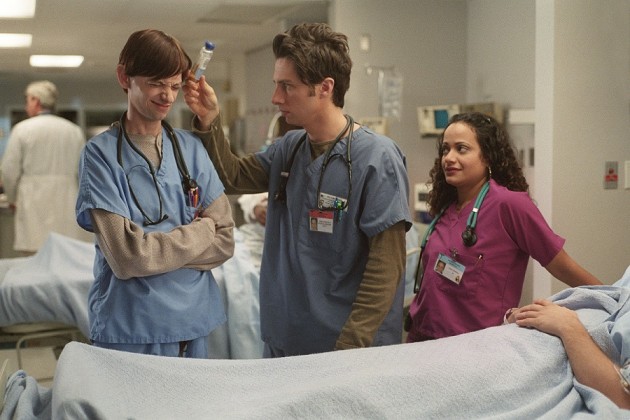 Since the first few episodes of Scrubs delved into the life and mentality of a med student (albeit in a person slightly removed from the classroom setting), the onus is not on “My Student” to accurately depict the journeys of Kristen, Josh, and Philip throughout its 23 minutes; rather, the episode is designed to reflect on the progress of its main characters and their more personal arcs through the show’s freshman season. In doing that, it turns its three medical interns into mirrors of our main characters, and uses them as litmus tests for the people they want to be; and while all three are found wanting, “My Student” is a rather satisfying exploration of our protagonists’ emotional maturation.

To do this, “My Student” takes the rather ambitious approach of splitting up its three principals; there are really no notable J.D./Cox scenes in “Student,” just as there isn’t a lot of Turk/Carla or Elliot/J.D. material. “Student” explicitly isolates these three with their respective medical interns, and uses that as a prism to ask essential questions about the growth of our main characters (which unfortunately doesn’t include Turk, whose place as a surgeon is used as a proxy for Cox to catalyze his story). Each of the interns display familiar traits to their assigned mentors: Josh is goofy and passively affable, Kristen is extremely driven and focused, and Phillip’s career path was basically assigned to him by his genetic predecessors. Smartly, “Student” doesn’t try to make these three interns direct reflections of the characters the episode is really exploring; it would feel way too on the nose if there was nothing to delineate between the two. How they are characterized individually isn’t essential to the plot; the interns are never quite fully-realized characters, their failures and insecurities only used to elevate the internal conflicts J.D., Cox, and Elliot have struggled with for much of the first season’s middle episodes.

As Scrubs has found its overarching pathos, recent episodes have begun to tug at very specific character strings, and “My Student” and how it’s constructed reflects that in interesting ways. The utter lack of interaction between main characters is fascinating, and without much material from the B-Squad, there’s a focus on character in “Student” that is impressively consistent. Specifically, it doesn’t shy away from depicting J.D. as a bit of a selfish jerk, which helps give new meaning to J.D.’s comments earlier this season about wanting to be like Cox, but not like him at the same time. As we see late in the episode when he tries to “coach” Josh into doing an easy medical procedure (a nod to the climatic moment of the pilot, when J.D. was in the same position), J.D. hasn’t matured to the point of being a leader in the hospital yet, despite his talents – he’s only imitating Cox, not embodying him in any meaningful way.

His focus throughout “Student” is on himself, rather than the needs of his student. While focusing on J.D. makes sense for Scrubs, it doesn’t make sense for the character itself, and “Student” smartly weaves this into his story and doesn’t let him off the hook for it. Just as it holds Elliot responsible for not keeping her smarmy, trust fund intern in line (and Cox is taken to task for refusing to get out of his own way), “Student” places the blame for Josh’s failure on J.D.’s shoulders for failing to truly embody the things he’s learned from Cox at Sacred Heart about the role of a doctor when it comes to listening (to patients or colleagues), or when it comes to leading.

Given how J.D.’s story is really given the true emotional arc of the episode, Elliot and Cox’s stories aren’t as inherently satisfying. It’s nice to see Elliot take back some power at the hospital (brought to life by Kelso, a great moment in itself), but her corralling Phillip feels like low-hanging fruit compared to the complex character exploration happening elsewhere. The same applies to Cox. This may be my predilection for rolling my eyes ts the “Cox is in love with Carla material,” but there isn’t much to see in that story beyond “Strong women are the only ones I let ruin my life,” the rest a bit of a machismo slap fight between him and Turk, who is reduced to being a supporting character in “Student.”

While these individual stories only work to varying degrees, their thematic whole is enough to keep “My Student” engaging, even when it oddly abandons J.D.’s difficulties to introduce a (short-lived) romance story for Cox. Regardless, with Elliot’s story running underneath both of those and keeping the humor of the episode going, “My Student” is more than able to stay afloat, an intriguing, if somewhat light, bridge between the season’s larger, more important stories.

– Perry Cox is from… Pittsburgh?

– High Five Count: Sorry Todd, there are no high fives for you today.

– ‘Show them the moneymaker’ is not really the funniest runner, but it is quite charming to see Cox trying to appeal himself to another human being for once. Whitey tighties, though?

– Elliot’s gleefully evil faces in this episode are worth a thousand .GIFs. 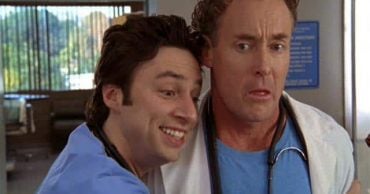 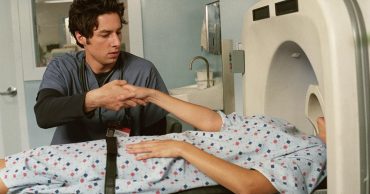 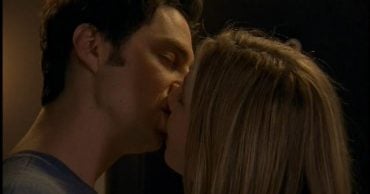 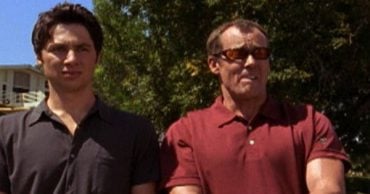 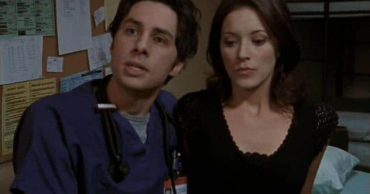 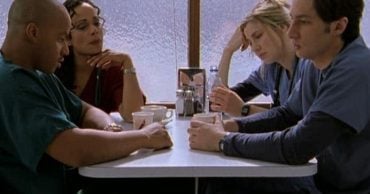