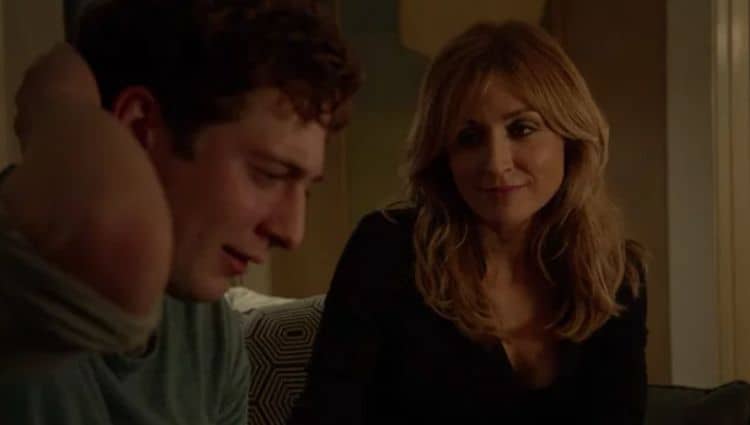 Sasha Alexander is an actress whose face you’ve probably seen on your TV screen several times over the last 25 years. Throughout her career, she’s built an impressive resume that includes credits in popular shows such as Shameless and NCIS. She is probably best known for playing one of the title characters in the series Rizzoli & Isles. In addition to the work she’s done in the TV world, Sasha has also been in several movies. Although it’s been a couple of years since we’ve seen her on our screens, there’s no doubt that Sasha is going to be making lots of appearances in the years to come. Keep reading to learn 10 things you didn’t know about Sasha Alexander.

Los Angeles is one of the best places in the world for people who are looking to break into the TV or film industries. Each year, countless people from all over the world move to the city in hopes of finding their big break. Fortunately for Sasha, that’s one more she’s never had to make since she was born in raised in L.A.

Sasha’s career has taken up a lot of her time over the years, but she hasn’t let that stop her from working on her personal life as well. She has been married to an Italian director named Edoardo Ponti since 2007. The couple has two children together. Sasha was previously married to Luka Pecel from 1999 to 2003.

3. She Has An Adventurous Side

Life is meant to be lived and that’s certainly an ideology that Sasha lives by. She is all about trying new things and she doesn’t shy away from stepping out of her comfort zone. Whether it be traveling to a new country or hiking through the woods, Sasha never turns down a good adventure.

4. She Is A Director

Sasha has spent the majority of her career doing her thing in front of the camera, but she is also very talented when she steps behind it. She made her directorial debut in 2016 with an episode of Rizzoli & Isles. In 2021, she also directed an episode of the popular Netflix series, You. Sasha also co-produced a movie called Lucky 13 in 2005.

5.  She Started Acting in Middle School

Sasha discovered her interest in acting at a relatively early age. While most middle schoolers were thinking about homework and hanging out with friends, Sasha was honing her acting skills. She got her start doing school plays when she was in 7th grade and she hasn’t looked back since. She ultimately went on to study at the film school at the University of Southern California.

6. She Wanted To Be A Professional Ice Skater

Prior to discovering her love for acting, ice skating was Sasha’s primary focus. In fact, her goal was to become a professional in the sport. Unfortunately, however, she suffered an injury that sent those dreams crashing down. Fortunately, though, she found something else she is great at.

If you’ve ever attempted to learn another language, you know just how challenging it can be. Needless to say, it’s always impressive when someone is bi or trilingual. In addition to speaking English, Sasha also speaks Serbian and Italian although it’s unclear if she is fluent in those languages.

8. She Has Spoken Out Against Racism

There are plenty of people out there who are afraid to stand up for the things they truly believe in. Sasha Alexander isn’t one of them, though. She has been adamant about using her platform to call attention to the things that are important to her. One of those things is the fight to end racism. A good portion of her social media content surrounds this and she isn’t shy about sharing her thoughts with the world.

9. She Was in A Music Group

Trying to discover the thing you’re good at in life can be difficult. Sasha, however, has been fortunate to find several things that she excels at. In addition to acting and skating, Sasha also has some musical skills. When she was 14 years old, she was in a music group called Everything Nice.

Sorry to all of the cat people out there, but Sasha Alexander isn’t a part of that team. Based on her Instagram profile, it’s clear that she is a dog person. She has an adorable little fur baby who has become the star of her Instagram profile. Perhaps, one day she’ll even make a separate account for her pup.