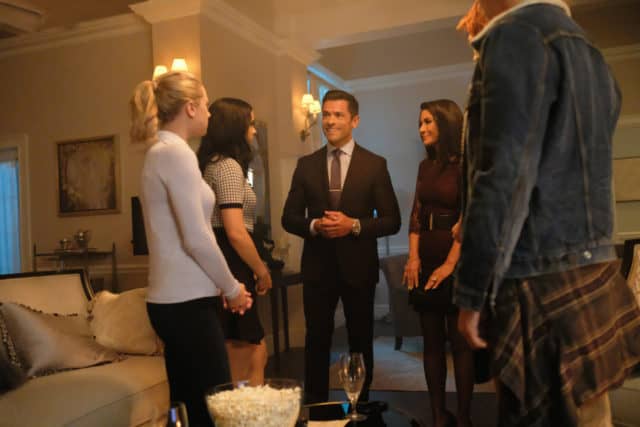 Riverdale is a show that thrives on the concept of drama in the simplest form. The show has done a great job of establishing itself as an overly dramatic show that essentially converts comic book level of exaggeration into a television form, and it works perfectly. Season 2 has wasted no time in getting straight to the conflict with a murderer going around Riverdale and murdering the people he believes to be “sinners.” It begs an interesting question of what makes a person bad?

On one hand, the killer has to realize that he is criticizing and going after high school students, who are learning to navigate their development into adulthood. But this is Riverdale, so that it wouldn’t make much sense to apply that type of logic right? Yet, at the same time, the killer brings up some good points in exposing the town for its true nature. Season 1 of Riverdale brought viewers into the world and revealed that things are a lot more complex than they seem, with nearly all of the characters not being as pure as they make themselves out to be. Season 2 is already a ton of fun because it utilizes the killer to explore the characters on a much more personal level. Everyone’s sins are now being exposed, which might actually be beneficial to some interactions because of how real the show is getting.

Last night’s episode, “The Watcher in the Woods,” put a heavy focus onto Kevin. It gets revealed that the character is in a position where he needs to sneak off into the woods at night to meet up with other men because he doesn’t feel safe or comfortable enough to do so during broad daylight. It’s an extremely sad but completely understandable event to happen that probably hits home for a lot of people in real life. However, this part of Kevin’s personal life getting exposed causes some conflict between him and Betty, for good reasons. Kevin is unafraid to call out how Betty has this easy life because of her sexual orientation while it’s not the same for him, even though he has friends who accept him for who he truly is. The theme echoes the same one that the killer is bringing up, that Riverdale is not as perfect as it seems, and bringing up this conflict for Kevin seems that this season will begin to show the true nature of all these characters.

Even Archie is beginning to dive down a dark hole thanks to everything going on. It makes complete sense why the character is so paranoid and protective all of a sudden, but he’s beginning to make certain decisions that show interesting character development. “The Watcher in the Woods,” continues to build on the fact that Archie is getting extreme with his actions, making a viral video about a new vigilante group he has started, the Red Circle. While Archie’s intentions can be admirable to an extent, the character seems to be reacting more radically than usual, which has him getting involved with some shady business.

Riverdale continues to stay super consistent and interesting though, presenting a really solid idea with the season 2 murder. It’s nice to see the characters and town be confronted for all of their secrets and past decisions. Nobody is perfect, but it will be interesting to see if more of Riverdale’s secrets getting exposed changes any relationships or character personalities. The show seems to really hinge on that idea, which makes it a ton of fun to watch along with, and tension is running really high right now in Riverdale.

– I’m loving the Red Circle idea. Reggie and Archie cruising around at night was pretty fun and things are only going to escalate.

– Betty better watch out… Toni gonna swoop in like the serpent she is! 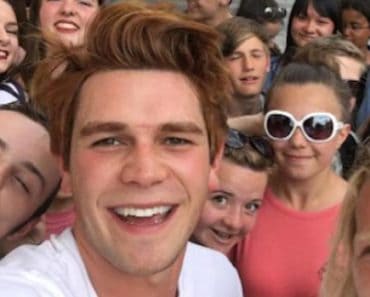