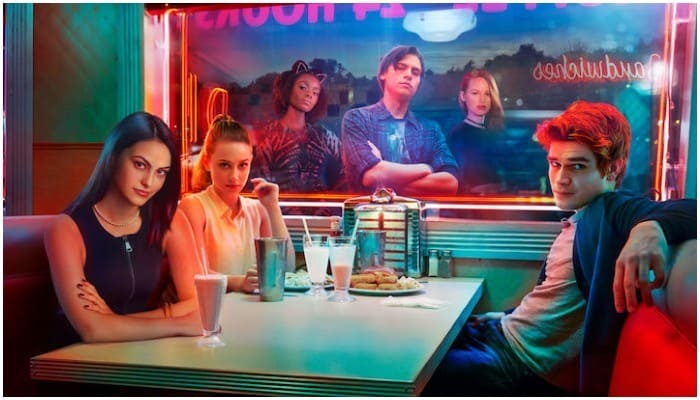 The character of Kurtz has only just been introduced in the third season of Riverdale and there is not much that the audience knows about him at this stage. However, trailers for upcoming episodes shows that he is going to feature in these episodes quite heavily.

The fact that he is such a mysterious character means that fans have naturally started to speculate about who he may really be. One of the main theories that fans seem to be getting behind is that he is the long lost son of Alice Cooper and FP Jones. Alice got pregnant when she was still in high school by Jones even though she was seeing Hal Cooper. Hal tried to pressure her into having an abortion, but she decided to give the baby up for adoption instead.

The Cooper family have been in a situation before when they believe that they have been reunited with Alice’s son, who is now known as Charles Smith. The character of Chic was introduced in the second season and this is who he claimed to be. It came to light pretty quickly that this was a lie and that he was just an imposter. According to the story that Chic eventually told Betty, he and Charles were friends who met when they were both in the foster system. However, their relationship deteriorated to the point where they got into physical fights on a regular basis.

When the truth about Chic came out he claimed that the real Charles was dead and that he had killed him by accident during one of their fights. However, this is something that the fans never really bought into. Chic was obviously a character that could not be trusted and therefore wondered whether his story about him killing Charles should be believed. Chic is not set to feature in season three and so there will be no chance to for fans to see how Chic and Kurtz react to each other just yet.

There have been comments online that every time a new young male character is introduced people start wondering whether he is Alice’s son. However, this time there may be more of a reason than usual to think that this could be the case with Kurtz. There is a photo in the file that the Sisters Of The Quiet Mercy have on Charles that bears an uncanny resemblance to the new addition to the show. The photo certainly looks more like Kurtz than it did Chic but it was taken when he was just a teenager and so he could have changed a fair bit since then.

There has been further speculation that whether Kurtz is really Charles or not, he could be the Gargoyle King. It has been confirmed that he is the current leader of the Gargoyle gang but this does not necessarily mean that he can’t be both. As this is the only thing that is known about Kurtz at the moment, it may be the only thing about him that is explored in upcoming episodes.

If this is a route that the show decides to go down, it may not be a popular decision with fans. The mystery of the identity of the Gargoyle King is something that has been going on since the first season. There have been a number of occasions when it seemed as if the identity of the King has been revealed but it turned out not to be the case. However, fans have always had the notion that when the big reveal finally is made, it will be someone who has been involved in the show from the beginning. Creating a character that has been introduced just to be the King would not be something that fans would be happy with.

The only sure thing that fans have learned about Riverdale so far is that nothing is ever at it seems. The mystery of who Kurtz is, what he really wants and whether he is connected to anyone already in the show is something that probably will not be solved any time soon. Every time it seems as if one question is answered, more questions are raised. However, this is one of the things that fans love about the show and so they will be happy to wait to see how the story unfolds.