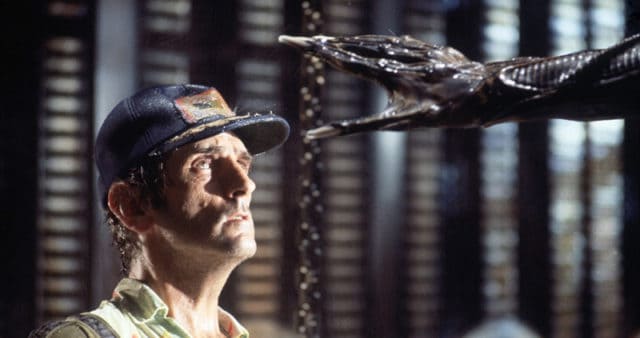 Nowhere but in Hollywood can a scientific reality be manipulated into virtual reality. This is the current mindset of director Ridley Scott and his next attempt to resurrect and move to the next generation of Aliens. Let’s begin by quoting him on his new approach. “But I think if you go again you need to start finding another solution that’s more interesting. I think AI is becoming much more dangerous and therefore more interesting.”

Though Scott has an impressive history of producing great movies, he seems to have lost the thread on this idea. What people liked about the Aliens movies was: 1) Sigourney Weaver, 2) parasitical organisms, and 3) their desire to survive. The iconic “Get away from her, you b**ch!” scene is why people returned over and over to watch Scott’s alien creation.

Of the Facebook scripts that had two computers creating their own language, he says, “What was said and where’s it gone? They could have already implemented something we don’t know.” But this AI idea of machines run amuck has already been done according to the Terminator. The aliens in Aliens were living, breathing creatures that moved and even managed to crudely communicate with humans. So where is the bite with these potential AI creations?

Here are the worldwide box office sales of the Aliens franchise, by date.

The distance in time between the original Alien and Prometheus cannot be overlooked because of the vast leaps made in CG technology and technology in general. But the common thread is that Aliens fans were awaiting the emergence of the xenomorph, not some computer concoction that would perhaps reprogram the ship’s computer system. Creators of the new Star Trek franchise realized that if they divorce them major themes and characters from the original series and subsequent movies, they would lose much of their target audience.

What are we to expect, a virtual xenomorph? Methinks that will not work. This is not disrespecting Scott, but a man has got to know his limitations. Putting it in a different way, why try to fix what is not broken? If he really believes that “AI is becoming much more dangerous” the question is how will that danger be presented on the screen? Every day we deal with potential viruses and malware that can destroy our computer systems, but it isn’t a physical danger — and that is where Scott loses the thread.

But as the trailer shows, it will take at least one “amazing breakthrough” to attract fans of the franchise.

AI presents its own set of potential problems for humanity, but Aliens works on the idea that there is this creepy, crawly, parasitical, take-over-your-body xenomorph that can be hiding under your bed. For AI creations all we need to do is load up our preferred anti-virus app or complain to the government about what is not being done.

Good luck with this one, Ridley.