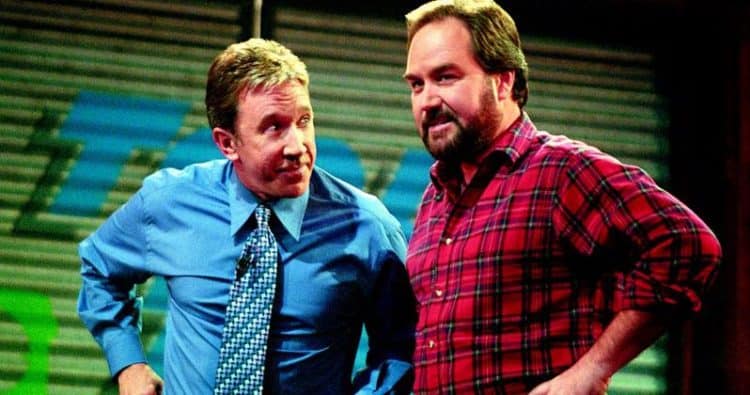 Everyone sit down and relax; we know that this is big news and that this is something that is going to bring so much excitement to your life. If you haven’t heard just yet, Richard Karn and Tim Allen are back in action – together – with a new show, and that might just be enough to turn this year around even just a little. They are the iconic duo we all grew up watching on “Home Improvement,” and we just can’t contain our excitement that they are coming back to television together. Tim Allen is one of the most famous comedians in the world, but not many of us know nearly as much about Richard Karn, so let’s change that really quickly.

We don’t mean he traveled from the 50s, after reading that header and realizing what it sounds like. He was born and raised in Seattle in the 50s. His birthday is February 17, 1956. He’s looking good for a man of 64.

His last name is Wilson (and how much fun is that considering Tim Allen’s neighbor on their hit show was also Wilson, though we never saw his face). He’s Richard Karn Wilson, but he was encouraged to change his name when he joined the Screen Actors Guild as there was another Richard Wilson in there.

3. His Father Was Military

Karn’s father was a military man. His name was Gene, and he’s what you call a Seabee. He served in World War II, and we imagine he has some stories about that one. He probably has some stories that would rock your world, and he probably learned so much from that; though we assume he brought back a very heavy heart when he was finished with his deployment.

Richard Karn is an educated man. He went to the University of Washington, and he graduated with a drama degree in 1979. He then moved to New York City to pursue his dream of acting. He was a frat guy while he was in college, but he always knew that his dream was to become a famous actor, and we are so glad he decided to do that.

5. His First Role Was a Cool One

When he moved to New York City in 1979 fresh out of college, he was quick to land a job. Not just any job, either. He was able to land a job touting Michelob beer – which was then aired during the Super Bowl XIV. That’s a cool job, and he was able to land that gig less than a week after moving to the Big Apple.

Richard Karn is a taken man, sorry ladies. He’s married to his wife, Tudi Roche. They met in the 80s and got married in 1985. They also have a son. His name is Cooper, but we don’t know that much about him.

In August of 2020, people were horrified, shocked, and saddened when news of his death broke. The world was collectively horrified that he was gone at such a young age, but he was quick to let us all know via Twitter he is not dead and that it was just a hoax. We are all so grateful this is not true.

He and Allen will be starring in a new show together called “Assembly Required,” which is going to premier in 2021. Their goal is to focus on people across the country who have workshops and ‘breathe new life into everyday household items in desperate need of fixing,’ according to a statement issued in a press release. We don’t even care about stuff like that, but we know we’ll be watching as these two are nothing short of genius together.

Of course, he is excited. He gets to work with someone who is basically a lifelong friend, and they get to do something really cool together. The world is going to love this duo no matter what they do, and we’d be fine just watching them sit down and do nothing but chat as long as they are together.

Despite the fact that he is one of the most famous sitcom stars in the world, he’s a private kind of guy. He likes to keep his private life to himself. He likes to do things his own way, and he’s a big fan of not being too present with his social media other than work related stuff.