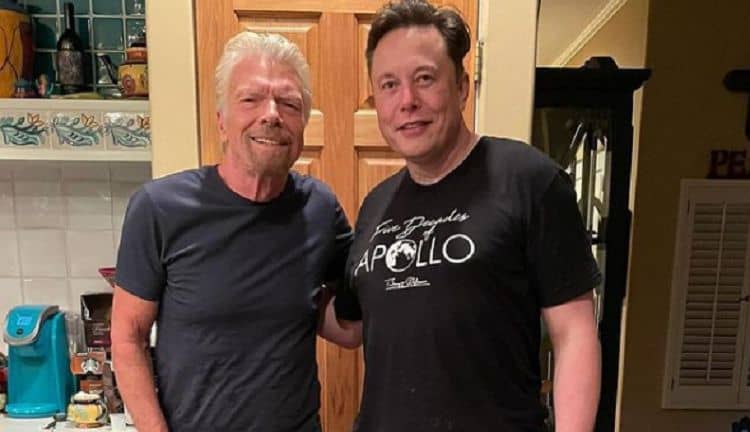 There are a lot of thoughts that come to mind when thinking about billionaire Richard Branson’s trip into space, and many different people would likely have a giant mix of positive and negative things that they would want to say. But here’s the trick, going into space is something that only a billionaire could possibly do right now, but the fact that Branson made his way into space does mean that it’s very possible that others, who are not trained astronauts, could make it as well. That would appear to be one of the reasons why billionaires are thinking of going into space at this time, to give this experience to others that are wondering what it’s like and thinking that there’s no way they’ll ever find out since they’re not trained and they’re not rich. To be fair, if space travel is going to become a thing, it doesn’t feel as though it might happen during our lifetime, but perhaps it might happen during our kids’ time if things keep moving forward. There are a lot of arguments for this and against it since a lot of people feel that the money spent on this rocket would have been better spent on the problems that are currently being felt on planet earth.

In other words, the old argument that those with the financial means should be solving the problems of those without the means is still very much on, and it’s hard to argue against it simply because the haves are expected to help out the have nots, and space exploration doesn’t sound like the kind of help that some folks want. There are a lot of problems with this argument and in fact, they’re too numerous to go into right here and now. The idea of a billionaire using his own money to go into space might sound highly irresponsible to many people, but the realization of a dream and the hope that through a charity event that another person, or persons, can experience that same dream, is something at least.

For Branson, it was a dream come true since apparently he’s been thinking about this since he was a child. To think of the acceleration that he and the others had to endure though is kind of unnerving since depending on the design of the rocket and the ability of the crew to take the amount of force that was produced it still feels as though it might have been a tense moment. But as Branson explains to Colbert he was having a great time for most of the trip, and realistically he should have been since this was his chance to see something that most of us won’t see in our life apart from whatever footage is made public so that people can take a look and just imagine what it’s like to be in space, where one can admire the earth from afar, from curve to curve and everything in between. Those that have been to space have given different accounts of how they’ve felt, and it’s anything from excitement to the feeling of being humbled by the scope and grandeur of it all. The imagination is needed to fill in the rest for those of us that will never see it, but the experience does sound like something that’s almost transcendent.

There was never any doubt after hearing that Elon Musk and then Richard Branson wanted to go into space that there was going to be a lot of division between those that believed that their money should be spent elsewhere and those that said to just leave them be. Wealth is at this time a very big dividing line between people, and it has been for a long time. Those that don’t have enough and can’t find a way to earn any more than what they’re getting tend to think that those that have a surplus should help out simply give what they have to the people around them in an effort to help out. The downside of this is that giving to help kickstart people isn’t a bad thing, it’s giving all the time that creates a dependency in many people. Branson and other rich folks have their own reasons for not simply handing out wads of cash, but they do tend to hold charities that are meant to help people in other ways.

It’s not a defense of Branson, or Jeff Bezos, or Elon Musk, that prompts these words, it’s the defense of being able to make one’s own money and spend it any way they’d like. If a man wants to build a rocket with his money and accomplish a lifelong dream, then so be it. If people don’t like that, then they can do something about it by showing a bit of gumption and determination to get what they want.