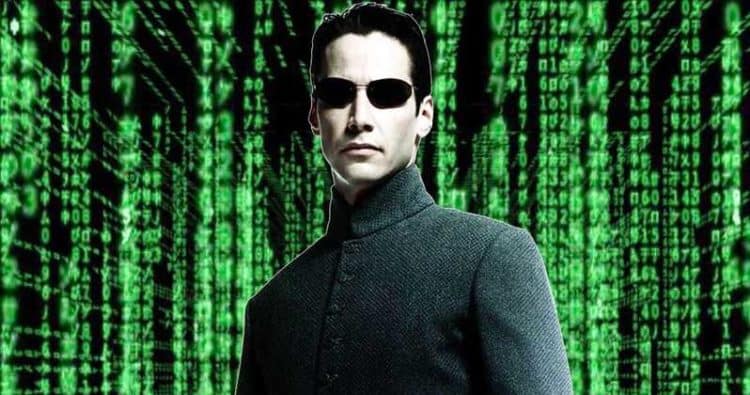 There are a few different ways to argue the idea that we’re living in a Matrix-like simulation, but all of them are easy enough to boil down to the idea that anything we can say might be smothered with the overlying concept that the simulation might have accounted for any anomalies and will have found a way to anticipate and even deal with them. It’s also a good way to make a person extremely paranoid that the world we’re living in isn’t real and isn’t anything other than a test run by beings that we either don’t understand or wouldn’t want to know. Considering that so many things in life can be broken down to mathematical equations that can be used to make predictions of all sorts and quantify and qualify so many aspects of life, and it’s easy to see how some people would think that we’re not real and that we’re an illusion based on what the data that has been gathered over a few different lifetimes. It would explain a lot about this life really, especially when it comes to the concept of ‘old souls’. Likely as not, many people have heard this term uttered more than once in their lives, and while some understand it quite well, others might not have a firm grasp on it just yet.

An old soul has very little to do with actual age, as it’s believed that some people are ‘old souls’ due to the fact that they can anticipate the world in a way that others can’t and show the kind of wisdom that’s apparently well beyond their years. Some people are highly intuitive and others are able to predict various things within the world in an eerie and very unnerving way that makes others believe that they’re either possessed of some strange power that others don’t have, or that they are in fact old souls that have been around for far longer than their current incarnation has. Being an old soul doesn’t mean that a person knows everything from one life to the next, as that sounds like something that would be a major burden to anyone, to live with the knowledge of uncounted lifetimes. But instead, old souls tend to feel the world around them in a very different way, almost as if they are more in tune with the natural currents of the world and are able to navigate them in a much easier manner than many people that are experiencing life in a way that feels difficult because they don’t follow their intuition if they have any. But the fact is that if we are living in a simulation that old souls would be easier to explain since citing the first law of thermodynamics, that energy cannot be created or destroyed, and only converted from one form to another, it stands to reason that the vast amount of energy that is shed by one body after another and then converted might carry with it the faint impulses and experiences of the departed, thereby transferring it to others and giving them a heightened sense of the world through the transfer. If you’re laughing at that it’s okay since it sounds more like fantasy than anything, and people even laugh at the idea of old souls.

But think of it this way, a Matrix-like simulation would be a closed system. There’s bound to be some loss of energy as it will be used in many ways that will facilitate transferring it to other locations and for other uses than to keep the system running, but if we were in fact a part of a simulation that energy would likely be transferred over and over between individuals as we’re born, begin to grow, and eventually pass on. That energy would continue to circulate in many ways among those that are passing on and those that are being born, and a portion of that energy feels likely to be encoded with several familiar impulses that people might not initially understand but would likely grow to live with. This could explain a number of different things about humanity that people continue to try and pin down but somehow can’t figure out. It’s an interesting theory to be certain since it would help to explain why humanity is so complex and why we operate the way we do in many instances. But then again, there are a large number of arguments against this, one of the biggest being that no one wants to think that they are beholden to a simulation for their existence, that we are all free, and that the world we see is what is there, not just a simulation that is being manipulated by some ubiquitous ‘other’. They did say there’s a 50/50 chance, but those are some long odds.