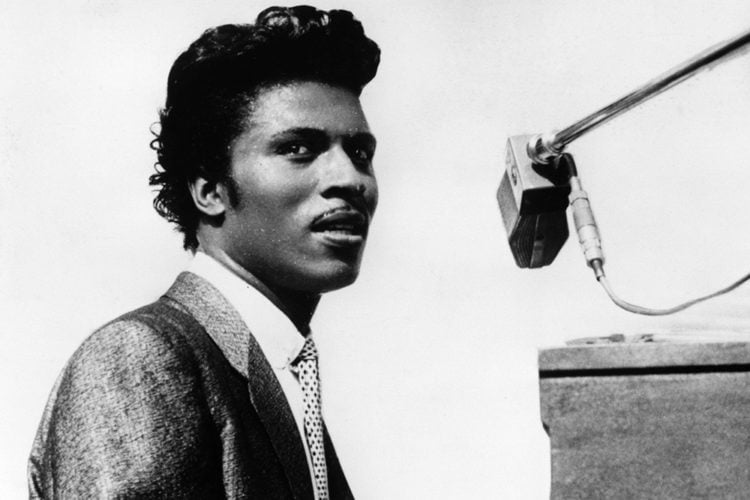 There are those in the world that never knew how to take Little Richard from the beginning to the end, but his passing marks what some might feel is a tragedy in the rock and roll world, while others might find it to be the sign that it was simply time for heaven to gain one more strident voice for its growing chorus. Cliche and cheesy as that might sound, it fits quite well with the man born as Richard Wayne Penniman, who millions of fans knew simply as “Little Richard”. Learning more about his life it becomes easier to understand how he would eventually break out of the mold and do things his own way and why his music would prove to be so infectious to the masses upon delivering it to those that just wanted to have a good time. To hear that in the early days there were venue that told him not to come back isn’t too surprising, but instead telling of the times since back in the day when rock and roll was still catching on there were still plenty of individuals that didn’t understand it, or the effect the music had on the younger generation, as the idea of rebellious teenagers was still anathema to a lot of the older generation. When rock and roll and then Little Richard came along the average teen simply ‘couldn’t control themselves’ as the wild, frenzied beat grabbed hold and made them want to dance.

His style was something that a lot of people didn’t really know how to take since Little Richard was indeed a flamboyant and insanely energetic character while on stage, and was able to get a dance hall thumping in time with the music with very little effort. One has to remember that rock and roll back in the day was at times a frenzied and very chaotic thing not quite in its infancy still but definitely not nearly as diverse as it’s become throughout the years. Ann Powers of NPR has more to say on this topic. At that point it could be argued that it was more pure, a barely controlled chaos that the people loved and was still looked at askance by the older generation as something to be wary of simply because it caused the young folk to behave in an erratic manner on the dance floor. Back in those days such things still weren’t the norm in a lot of places, but for Richard this was the stage he’d chosen and the life he wanted. He did hang it up for a while as he attempted to do as one might expect by getting married and becoming a decent, God-fearing human being, but by the 60s he’d returned and was back at it, rocking the night away and dishing out tunes for those that had been touched by the same chaos that he’d come to love in the music. For many an artist, no matter their discipline, a simple touch of that madness, the chaos that exists beyond the world we know as real, is intoxicating and once it’s touched it’s hard to stay away for long, as many individuals could attest to. While that might sound kind of corny and poetic, it’s a truth that many of us who do fully embrace it can’t get away from, and something that Little Richard stepped into the moment he came back, to tremendous results.

Life wasn’t perfect for Richard, that much was obvious, as in the early years of his career he was dogged with controversy and plenty of people stating that his music was no good and that rock and roll was a trend that was bound to fade. But looking at his career now one can see that such a statement wasn’t just foolish, it was incredibly naive since he helped to pioneer the rock and roll movement by taking his place firmly among those that were attempting to change how society viewed the genre. Little Richard helped to reinvent rock and roll in a manner that was wild, crazy, and swept people along the moment the first notes hit their ears, and the world is a little quieter without him in it. On the up side the artist did get to pass at home, surrounded by his family. Too many people these days aren’t able to be given this kindness thanks to the COVID-19 virus and the constant quarantine that is keeping many individuals apart. It does need to be stated that Little Richard passed on due to a long fight with bone cancer, and had been looking unwell for some time. The important part was that he had the chance to be around those who cared for him when that final moment came, and that he passed, hopefully, without too much pain. This world has lost one more legendary voice this year, but his memory will remain. Rest in peace sir.