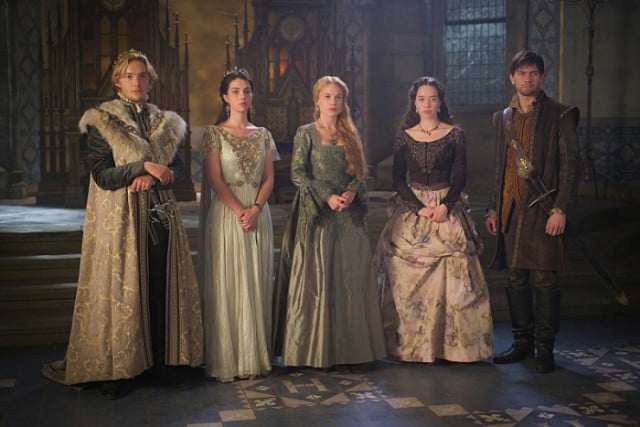 After struggling to find any sort of consistency in its uneven second season, Reign began Season 3 with a premiere full of promise and a little too full of, well, everything. “Three Queens, Two Tigers” is stuffed to the brim with story and characters, some of which work, while others feel much too rushed and thrown-in. It’s an episode that’s attempting to do a lot, from establishing Elizabeth and the many new faces we meet in England to reaffirming the strength of Mary and Francis’s relationship, and although it’s far from perfect, it’s a strong enough opener that I’m more excited than ever to see what will happen on Reign over the remainder of the season.

The best scenes in “Three Queens, Two Tigers” feature Mary and Francis, as the royal couple has overcome their many obstacles from last season and are making the most of their time together. At first, Mary just sees this as her husband’s efforts to forget the past and focus on the future, but after Francis confesses to Mary that he is dying, she realizes that he wanted every small moment, every little thing they shared together, to be special, for anytime could be the last time they are with one another.

What makes these moments between Mary and Francis work so well is that there is no longer any friction or deception holding them back from being their truest selves; this is as happy and in love as we’ve sever seen the King and Queen of France, which is why it’s so heartbreaking that it can’t last. Furthermore, Toby Regbo knocks every one of his scenes out of the park, particularly Francis’s speech to Mary as she prays in the chapel; this is easily the meatiest storyline he’s ever had on Reign, and he’s matching its importance with the best performance he’s ever given on the CW series.

While Francis and Mary contemplate their limited future together and the political moves they must make sooner rather than later, we also see the other side doing the same thing, with Catherine aiding Elizabeth in her strategy against Mary. Both women want to see the Queen of Scots dethroned through non-lethal means, and Catherine quickly concocts a plan to have a group of individuals loyal to her inform the Vatican of Mary’s affair with Conde. Even though the scheme ultimately fails (with Catherine’s people being murdered after they arrive in Rome), her and Elizabeth’s faith that it will be successful allows for the Queen of England to also pay some attention to her love life, as we meet Robert Dudley (with whom Elizabeth is struggling to not have a full-blown affair) and his wife, Amy.

Although Catherine’s presence in England ensures that our introduction to the Court and its cast of characters is smoother than it could have been otherwise, the scenes here only work some of the time. The back-and-forth between Elizabeth and Catherine is pretty dynamite, but everything else involving our newest queen feels rushed, particularly the final sequence where she and Dudley hop into bed together just as Robert’s wife does the same thing with another man (a man that she is apparently attempting to coerce into helping her with some type of scheme–again, it’s not very clear).

And really, the final ten minutes of “Three Queens, Two Tigers” represent the main problem with the Reign Season 3 premiere: too much happens too rapidly. There’s a lot of strong, emotional material here that the series can explore over the course of its third season, both on a personal level (Francis’s death, Catherine’s imprisonment, Lola and Narcisse’s romance) and on a political one (Elizabeth’s mission to take down Mary, Francis preparing Charles to rule France), but Reign needs to take its time with each of these storylines and let them breathe. Rushing everything, as it did in tonight’s premiere, will not only lead to awkward pacing (also present tonight) but rob each of these stories of their rich emotional resonance. There’s so much promise here, especially with Francis’s inevitable death looming, and I really hope that Reign capitalizes on it.

Reign fans, what did you think of the Season 3 premiere? Comment below and let me know. 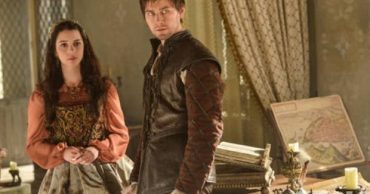 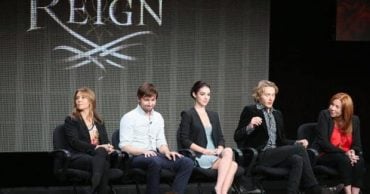 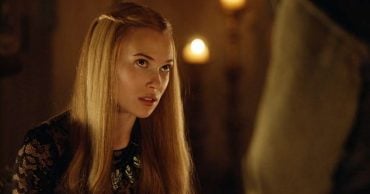 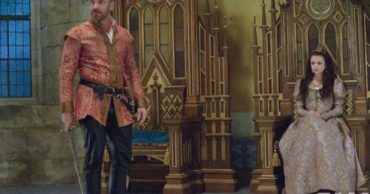 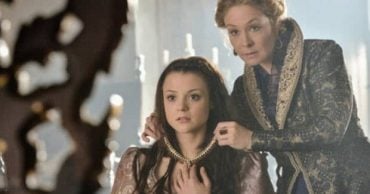 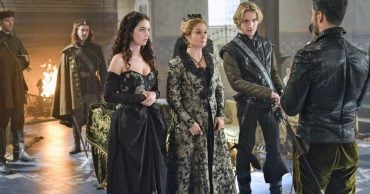