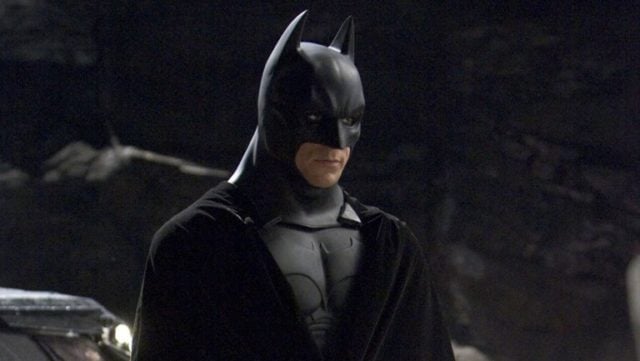 The reason that Christian Bale hasn’t seen Ben Affleck’s attempt at the Batman franchise yet is pretty simple, he’s not a fan of the superhero genre. There’s nothing deeper to it, no strange phobia or desire to avoid it altogether. He’s just not a fan. He would have gone to see it if his son had wanted to see it he’s claimed, but other than that he has no desire to watch such movies. He wasn’t even fully invested in the role while he was playing the dark knight, which is surprising to many since he put a great amount of effort into the character. Of course the difference there is that Bale is a great actor and as Batman he was probably one of the best. But perhaps that was the secret of not being cursed by such a role as the others that took up the cape and cowl were.

After all Michael Keaton, Val Kilmer, and George Clooney all bowed out after their run and weren’t exactly given a big thank you for their contribution. Had Keaton not come back for the second movie he might have been one of the most successful. Batman Returns did well at the box office after all but it’s still to this day considered a ridiculous movie. Kilmer and Clooney however both bombed out hard. Clooney hasn’t even seen his contribution to the franchise, and is thought to have considered that it ended with him. The problem with all of them is that they were trying to put new life into Batman rather than just play the part. Bale was just kind of ‘there’ to play the role. He had no other investment in it other than to play the role of Batman and Bruce Wayne and then be done.

Affleck on the other hand is putting a lot of himself into the role. He’s become invested but unfortunately that didn’t seem to work in Batman vs. Superman or The Justice League. He put a little too much of himself in to the role it would seem. The official word on his role as Batman is divided since some fans think he’s done great to this point while others think that he needs to step aside and let someone else take the helm once again. It’s hard to tell really if anyone is going to be able to pull off the role of Batman perfectly in the years to come but so far Keaton and Bale have really done the best since their portrayal of the dark knight has come through without much of a hitch.

Their act as the rich playboy as well has been pretty spot on, as Kilmer seemed like he was lost half of the time and Clooney might have been shooting a chick flick with the way he was acting. Affleck has put a lot more of a dour note on Bruce Wayne but that’s largely because his character did not explore the origin story and went with Wayne as an older man that had all but lost his faith in humanity.