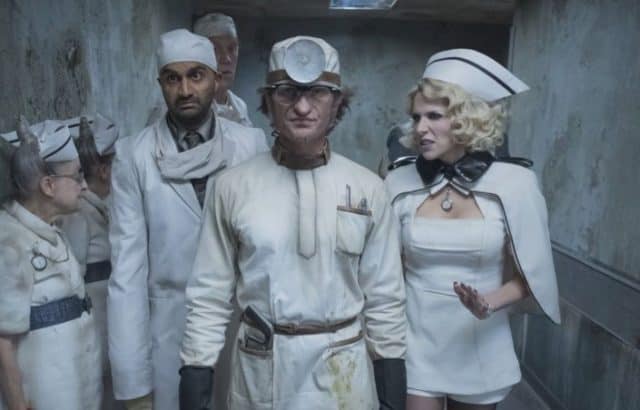 A Series of Unfortunate Events is a television show about the Baudelaire family, who are thrown into total chaos when their parents die in a fire that is surrounded by more questions than answers. They start traveling all over the place trying to figure out exactly what happened and in the process, they find out a lot about their family that they probably wish they would have never known. As far as the quality of the plot is concerned, there’s definitely enough to keep your interest here and if you watch the show long enough, you’ll probably become a big fan. With that being said, what about the people that star in the show? Out of the entire cast, which five individuals do you think have what it takes to go far beyond this series into bigger and better things once it’s over? You might be surprised at some of the names that show up on this list, to say the least.

Harris stars in the show as Count Olaf, but it’s really not even that important when it comes to the part he plays. He’s an actor that’s capable of playing practically any role and doing it well. He has a certain genuine quality about him that makes him believable in a variety of different roles, something he’s able to use to his distinct advantage in this particular project. It even seems somewhat funny to say that he has the capability to go far in his career, as he’s clearly already done that. With that being said, it certainly doesn’t look like he has any plans to slow down anytime in the foreseeable future.

By all accounts, it looks like Smith has every opportunity to have a long career as a successful actress. She plays one of the three children in the family and despite the fact that she doesn’t have much acting experience, she’s been in all 25 episodes of this series. She makes a dramatic impact on the series, providing an important contribution to the overall story. When you’re watching the show, you would never guess that she’s not really all that experienced, as she comes across as a seasoned actress, no matter how complicated the scene gets.

This young actress has starred in projects like Teenage Mutant Ninja Turtles and Nine Lives, in addition to being in every episode of this series. The thing that really sets her apart is that she seems to encompass a unique personality that has several complicated elements, to say the least. On one hand, she seems gentle, almost meek. On the other hand, she has a burning intensity about her that lets you know straight away that there is much more to her than meets the eye. It easily makes her one of the most interesting characters on the show, not to mention showcasing her acting ability.

If this name sounds familiar to you, there is good reason for it. He previously starred in sitcom hits like Seinfeld and Rules of Engagement. Much like his co-star Neil Patrick Harris, Warburton has been in the acting business for quite some time. This series is just another way that he can showcase his acting ability, playing Lemony Snicket.

Although young, Hynes has that quality about him that classically trained English actors always seem to possess. He’s capable of rattling off practically any type of line in virtually any role and making it work. He’s only had a couple of projects before this one, but you would never know that watching him.