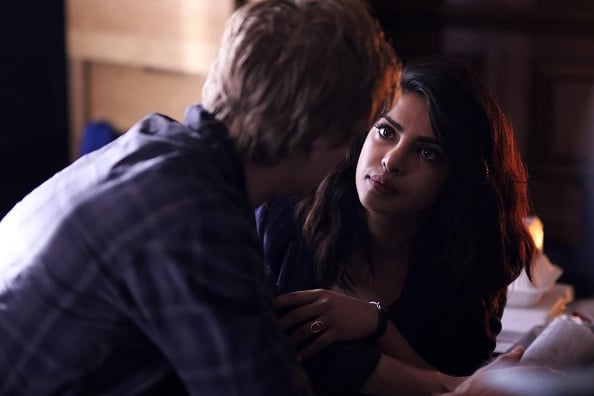 Things on Quantico have been moving at at incredibly quick pace lately, so, with that in mind, let’s take a look at this week’s new episode, “Soon.”

The episode opens in the aftermath of the Shelby reveal from the previous episode. Just like the audience, Alex is incredibly confused and worried by the revelation, and the rest of the team starts getting pulled into her conflict. At the academy, meanwhile, the cadets are being tested to make sure that they are physically up to the standards of the FBI. They’re also tested in other ways to ensure that the FBI knows all that they need to know about each potential agent, and these tests lead to a lesson in which trainees must investigate one of their peers. Over the course of the lesson, secrets are revealed that have the potential to change things for everyone, offering a good dramatic push to a story that has, on and off, become incredibly stagnant.

The best thing about “Soon” is definitely its reveal of what Caleb is up to in the future. I’m not going to get into specifics so that I can keep from spoiling anything, but suffice it to say that Caleb is not at all in a good place. After the bombing, all of the characters on the show were changed in major ways, and it’s been great (and sometimes sad) seeing these changes play out through the characters to which we’ve become so attached. Simon has been a great part of this storyline, but Caleb’s current predicament (and the fact that his mother, played by guest star Marcia Cross, is playing such an important role at the moment) could easily propel him into a more critical position, which is something that his character could use.

Throughout the entire episode, the skill of the actors on the show was on display, and Alex and Caleb in particular benefited from some great juxtaposition between what they do in the past and where they are in the future. Miranda, too, got a good deal of needed development, and it was done in a way that I’ve been looking forward to since the events surrounding her son “concluded” a few episodes back. I talk about it in almost every review, but this cast is the true strength of Quantico, and I’m so glad that they’re being used in the right way.

“Soon” was very much more of the same with Quantico, but it still did a good job of showing off its cast through some nice juxtaposition of past and future storylines. We’re getting pretty close to the end of the season, so things should start wrapping up pretty soon, but I have to admit that I was surprised at how little “Soon” seemed to move the story forward after the huge reveal at the end of last week’s episode.

“Soon” was a very average episode of Quantico that could have benefited from a larger effort at moving the story forward.