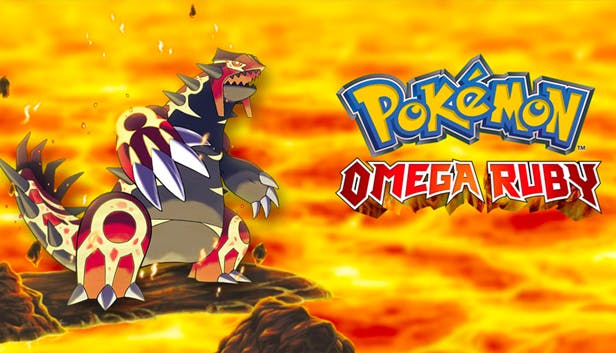 I’ve been on a Pokemon binge lately, which has now led me to purchasing a Nintendo 2DS XL as well as Pokemon Omega Ruby, Ultra Moon, and Y, because I missed out on these generations as a kid. Now that I have my own “adult money” with several jobs of my own, I decided to pull the trigger and purchase these Pokemon items, just because I wanted to play them. Since Pokemon has become exponentially more popular lately, especially with the recent explosion in Pokemon Trading Card Game sales, these items have been a bit difficult to find in stores, and many of them are impossible to find outside of reproductions. So, over half a decade later…how do I feel about Pokemon Omega Ruby?

So, if we’re talking about Pokemon, I’m going to have to take you on a trip down memory lane for a second. The year is somewhere around 2013 or 2014, I’ve just made some friends in middle school, and the subject of Pokemon comes up. I admit that I have never played a single Pokemon game in my life, to which my best friend at the time hands me his copy of Pokemon Emerald and says “Here, have fun.” (He probably didn’t say that exactly, but you get the gist of it.) I get home and immediately pop the game into my Cobalt Gameboy Advance SP and I don’t stop playing for days on end. I would have beaten the game much sooner if it weren’t for that darned Victory Road being so confusing for my 13-year old self. You may be wondering what this has to do with Pokemon Omega Ruby, and I’ll tell you it has everything to do with Omega Ruby. Emerald was the third installment in the third generation of Pokemon, and was an enhanced remake of both Pokemon Ruby and Pokemon Sapphire. Launching Pokemon Omega Ruby and seeing my character sitting in the back of that moving truck on the way to Littleroot Town will always be a nostalgia trip for me.

While there aren’t too many actual changes to the base gameplay of Pokemon Omega Ruby (it’s still a turn-based fighting game), there have been some marked improvements including the type split from the fourth generation as well as unlimited TM usage and triple battles from the fifth generation. It also keeps most of the features of Pokemon X and Y like Mega Evolution and Super Training. Pokemon Omega Ruby as well as Alpha Sapphire also introduced new features including Primal Reversion for Groudon and Kyogre, as well as the ability to use Latios or Latias to fly around Hoenn. If you decide to fly around the Hoenn region while using Latios or Latias, you may encounter something called “mirage spots” that feature Pokemon that aren’t otherwise available in the Hoenn region as well as various legendary Pokemon from previous generations.

The graphics in Pokemon Omega Ruby are also much more advanced than its predecessor on the Gameboy Advance, however, the new overhead angle and chibi-style 3-D graphics may not be for everyone. While I don’t particularly mind the chibi style of the recent Pokemon games like Pokemon Omega Ruby, Alpha Sapphire, and Pokemon Sword and Shield, there is something to say about how nostalgic the 2-D sprite animation is when going back to play the older generations. I have to say, I prefer the 2-D style for the most part, just because that was my first experience with Pokemon, but there are some aspects of the 3-D chibi-style animation that I do find to be quite fascinating. It’s definitely a personal preference, and I’m not going to say that one is particularly better than the other, other than the fact that with a more powerful system capable of outputting more power, always comes more advanced (not necessarily better) graphics.

Overall, I’m having a ton of fun going back and playing Pokemon Omega Ruby, and I’m hoping to find a copy of Alpha Sapphire somewhere out in the wild one of these days. I’m thinking that I’ll try Pokemon Y afterwards, and then maybe move on to Ultra Moon and give both of those a shot. I’m definitely still on the lookout to replay both Diamond and Pearl before the new Gen 4 remakes, Brilliant Diamond and Shining Pearl, come out soon, I just hope that I can find my old copy of Platinum one of these days. I know I’ve got it somewhere.