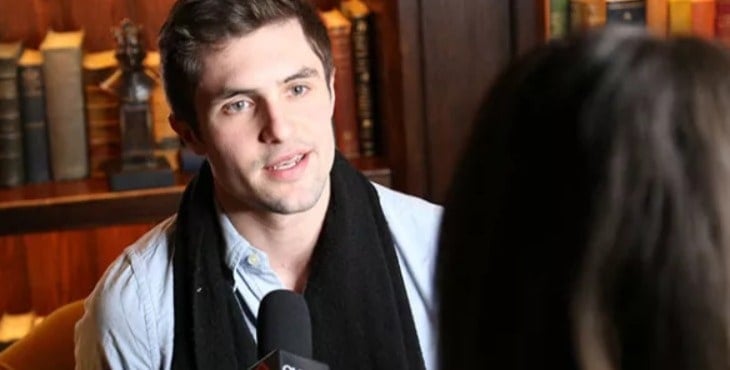 Phil Dunster is an actor who is best known for his role as Will Jensen in the television series “Strike Back.” He has acted in a few television series and film roles and some of his work as an actor has been accomplished on the stage. For fans who would like to know more about Phil Dunster, here are 10 things about him that you probably didn’t know.

1. He appeared in “The Entertainer”

Phil Dunster performed with the Kenneth Branagh Theatre Company’s production of “The Entertainer” in 2016. The play ran at the Garrick from August 20th through November 12th of 2016. Two live cinemas of the production aired throughout the United Kingdom and internationally on October 27, 2016. Phil Dunster played the role of Graham. The play was directed by Rob Ashford.

2. He appeared in “The Rise of The Krays”

3. His highest rated performance is “Murder on The Orient Express”

According to the Rotten Tomatoes rating site for actors, Phil Dunster received a 60% fan approval rating for his role in “Murder On The Orient Express” which was released in 2017. The film grossed $101.6 million at the Box Office. This is the only film work that has been rated on the site, but he does have a score for his performance on the television series “Strike Back.” He played the role of Will Jensen in 2011, 2015 and in 2017. His approval rating from fans is 85%.

We also learned that Phil Dunster has two more films and series in the pipeline which are yet to be rated. He plays the part of Conde Andrei Razumovsky in the television series Avance de Catalina la Grande VOS,” or “Catherine the Great” and “The Good Liar” as Young Roy,” both slated for release in 2019. He’s still active in film work although he’s not yet that well-known by fans.

Dunster’s film career kicked off in 2013 when he landed the part of Big Robbie in the movie “The Film-Maker’s Son.” This was followed by a part in a film short called “Shadows” in 2015, along with “The Rise of the Krays” in 2015, followed by “The Fall of the Krays” in 2016. The same year he appeared in the television series “Stan Lee’s Lucky Man as JC, and he also performed in the Branagh Theater Live’s production of “The Entertainer.” He also played the role of Nico in the television series “Catastrophe” from 2015 through 2017.

6. A new series for Dunster has been announced

There is a new television series coming out which has recently been announced. It’s called “Glass Houses.” Phil Dunster will appear in the show as a character named Jamie Cole. He’s also recently completed a short film called “Tic” appearing as Phil, and he’s in the process of filming in a new 2019 TV mini-series titled “Dracula” in the role of a character named Quincey.

7. His biography needs to be updated

Phil Dunster has 22 acting credits in his professional acting portfolio as of 2019. He’s well on his way to becoming a seasoned actor and pro in the business, but he hasn’t received a great deal of press yet. Most of his acting roles on stage, in film and in television series’ have been minor, but he has a lot of them to his credit. He’s even been involved in series with recurring roles, showing that he’s beginning to move up in the industry and become more well-known in acting circles. There is a serious lack of personal information shared about Phil Dunster. He’s either a terribly private person or he would use a few press releases from those who are in charge of the management of his career.

You can find some great photos of Phil on his Instagram account. He’s been good about uploading some great pictures of himself and the people he surrounds himself with. So far, he’s made a total of 228 posts. He has 2,852 followers on the account and this number is growing. This is a good resource for keeping up on what he’s been up to lately.

9. He had a hard time with the character of Graham

Phil was interviewed about his take on the play “The Entertainer.” When asked about his acting for the role of Graham, he shared that he had a difficult time getting into the role initially. Dunster is known for getting into the emotions of the character and attempting to feel what they are feeling. The challenge with the role of Graham is that the character has no feelings. This presented a huge challenge, but Dunster rose to the occasion and was successful in playing the part.

10. Phil Dunster was nominated for an Olivier award

We learned that Phil Dunster attended the Leighton Park School and was a “head boy” at the school. He was nominated for an Olivier Award for his portrayal of the character Arthur in the production of “Pink Mist” at London’s Bush Theatre. He was just 23 years of age when the announcement was made and she admitted that the nomination was “totally unexpected.” The nomination was for Outstanding Achievement in Affiliate Theatre.