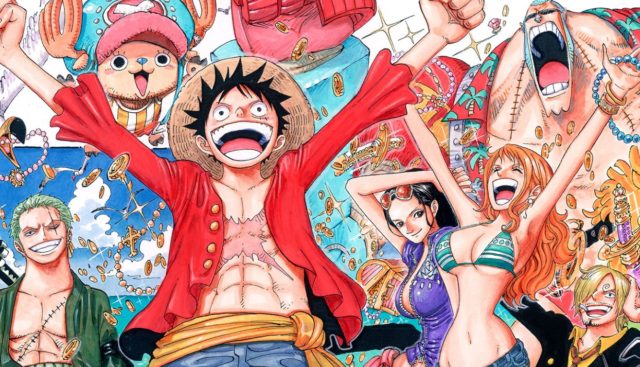 One Piece is a Japanese manga series centered around a super-powered boy named Monkey D. Luffy and his Straw Hat Pirates, who are searching for a fabulous treasure called “One Piece” so that he can fulfill his dreams of becoming the next Pirate King. Said manga has been running since July 19 of 1997, which should make it clear that it is one of the most successful manga out there. If not, there are also its anime series, its 13 animated movies, and its dozens and dozens of video games. However, what is interesting is that there is now a Hollywood-made live-action adaptation on the way, which was announced at a celebration for the 20th anniversary of the manga.

What Do We Know About the Live-Action TV Show?

At this point, we don’t know much about the Hollywood-made live-action adaptation. For example, we know that Marty Adelstein will be the one in charge of the live-action TV show via Tomorrow ITV Studios. Those who are unfamiliar with that name should know that he was the man who represented the Rock, Tina Fey, and David E. Kelley, who was one of the writers who worked on LA Law. Furthermore, Adelstein has produced a number of TV shows that include but are not limited to Teen Wolf, Prison Break, and Last Man Standing. Besides this fact, we know that the creator of the manga Oda Eiichiro supports so long as it does not disappoint the fans but nothing more. As a result, there isn’t much to do at this point in time besides speculating about what it would look like as well as whether it could work or not.

To be honest, the chances of a successful One Piece live-action TV show seem poor at best. After all, the production costs promise to be enormous. In fact, the production costs promise to be so enormous that Adelstein has stated that the live-action TV show could be one of the most expensive TV show ever made, though that seems to be a bit premature considering that it hasn’t even been picked up by this point in time.

Regardless, there are a number of reasons that the production costs promise to be so enormous. For example, the series is filled with super-powered individuals, with Luffy being an excellent example in that he makes extensive use of rubber-themed super-powers in his fights. Moreover, Luffy is far from being the most expensive to show on the TV screen, seeing as how there is a character who can turn into ice, another character who can turn into a living castle, and another character who can turn his surroundings into string. Furthermore, it should be noted that the narrative has moments such as the Marineford arc, which saw an entire pirate fleet clashing with the marines at the titular island. As a result, it is difficult to imagine how the live-action TV show could get off of the ground without trimming so much that it loses the essential characteristics that make it One Piece in truth as well as in name.

For that matter, there is the problem of who the live-action TV show would appeal to. One Piece has its serious moments, but fundamentally, it is aimed at a younger audience than the people who watch TV shows such as Game of Thrones and Sense8. Given all of its other drawbacks as a live-action TV show, it seems best to wait for further news to come out before being consumed by excitement.