Home
Movies
No Country For Old Men vs. Fargo: Which Coen Brothers Film Is Better? 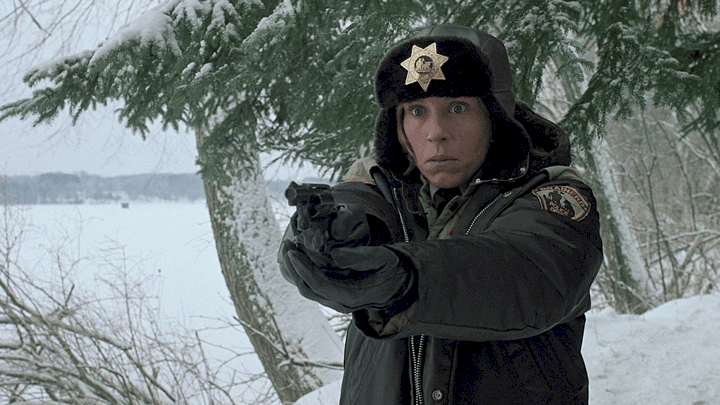 Since 1984, brothers Joel and Ethan Coen have been entertaining audiences with their unique style of filmmaking. Their sensibilities as writer/directors has created some unforgettable films; Enter Fargo, a crime drama about car salesman Jerry Lundegaard who hires two thugs to kidnap his own wife to collect a ransom from her wealthy father. Nominated for seven Academy Awards and winners of two, this darkly funny crime drama is considered one of the best films in the Coen catalog thanks to the unpredictable story and compelling (and quirky) cast of characters. That wouldn’t be the only classic that the Coen Brothers would make as the filmmakers would release No Country For Old Men ten years later.

Starring Tommy Lee Jones, Javier Bardem, and Josh Brolin, this feature is based on Cormac McCarthy’s novel of the same name; The film follows Llewelyn Moss after he takes a boatload of cash from a grisly crime scene. Hot on his trail is a ruthless killer named Chigurh and Sheriff Bell, who tries to find and protect Moss. Nominated for eight Academy Awards and winner of four, including best picture, the film adaptation of Cormac McCarthy’s novel perfectly suits the Coen Brothers style, an intense, darkly funny, thriller with one of the most memorable villains in movie history. Both Fargo and No Country For Old Men have their place in cinema history; however, the true question is, which movie is better? Let’s dig deeper into both films first.

Fargo is a tale about a bumbling idiot and two not-so-smart criminals who let a simple plan get out of hand. William H. Macy is perfectly cast as Jerry Lundegaard, a loser salesman whose desperate attempt to get money out of his father-in-law’s pocket greatly backfires. It helps that the Coen Brothers don’t completely lean into the bumbling idiot aspect of Jerry’s character. He’s actually a loving father who just wants the best for him and his family, making him a complex character that audiences can understand. One of the best scenes in the film is the meeting between Lundegaard and Marge Gunderson at the car dealership.

It’s such a basic scene, but thanks to the direction of the Coen Brothers, along with the incredible talents of Macy and Frances McDormand, it becomes a masterclass on how to stage a scene. Speaking of McDormand, the actress plays the likable Gunderson with winning a conviction. Thankfully, she isn’t portrayed as a moron like most cops are in media and her personality has a very magnetic energy that’s hard to hate. Fargo also masterfully weaves drama and darkly comic moments without it ever feeling disjointed. Even the over-the-top aspects such as Gaear sticking Carl in a woodchipper doesn’t feel out of place in the world of Fargo. An essentially flawless film altogether.

No Country For Old Men

Greed is the envy of many people and the film explores that concept to great depths. Like Fargo, No Country For Old Men is simple in concept, a ruthless man is searching for his suitcase full of money; however, there’s a deeper meaning behind the money, guns, and death. One of the biggest aspects explored is destiny and fate. Anton Chigurh isn’t just a crazed killing machine, he’s a man with a certain code. The villain believes that his coin tosses represent destiny and fate, if the victim calls it wrong then he/she was destined to be killed. Same thing if/she calls it right. This is why it bothers him so much that Carla Jean Moss refuses to call heads or tails. She’s challenging his morals as he’s forced to make the decision himself. These subtle meanings behind the core cast of characters make No Country For Old Men a compelling film from beginning to end. The film isn’t as quirky as Fargo, but that doesn’t make it any worse.

The Coen Brothers still manage to put their fingerprints throughout the feature without it ever becoming distracting. Of course, the performances also help make No Country For Old Men pop. Javier Bardem is an opposing villain thanks to his command as Chigurh. He isn’t just a threat because he can kill a man, he’s a threat because he’s an unpredictable bastard who doesn’t truly understand right or wrong. Tommy Lee Jones and Josh Brolin are perfect foils for his character and both actors are a good presence onscreen. No Country For Old Men is also a flawless masterpiece.

So, which one of these films is better? The slight edge goes to No Country For Old Men. The film has a bit more complexity to it and the climax is better built.