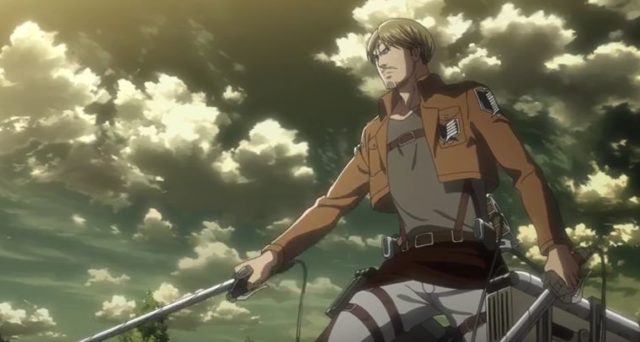 For all you Attack on Titan fans out there, season 2 is promising all out war.  FUNimation is finally continuing the animated epic on streaming services like Hulu and Netflix.  Just in case you forgot, it’s been literally 3 years since we last saw an episode.  In the show, “After his hometown is destroyed and his mother is killed, young Eren Jaegar vows to cleanse the earth of the giant humanoid Titans that have brought humanity to the brink of extinction.”

Season 2 is said to arrive sometime in April of 2017 but before that day comes, this new trailer came out today.   According to BD:  One of the biggest reveals, however, is that we learn that many of the Titans are good and helping to stop the bad giants from total destruction. Also, humans absorb directly into Titans and then transform! Make sure you turn on auto-translate English subs. Unfortunately there’s zero English in this trailer but thanks to Google, you can always set it to auto-translate.

Remember folks, Attack on Titan is not only entertaining, the show is also socially relevant.  25 episodes in Season 1 is a lot to measure up to but Season 2 appears ready to bring it.