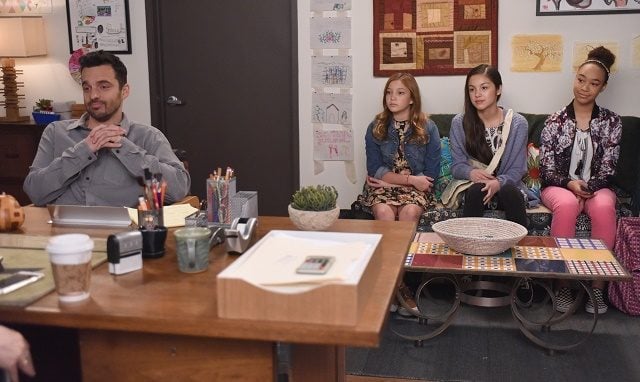 “Young Adult” is a very fitting title for this week’s episode of New Girl, and it’s not just because it describes the preteen students that Jess so desperately wants to connect to, or the type of behavior we see from Nick when he allows and encourages the girls’ not so school-friendly actions so that he can try to bounce ideas off of them for his next book. The reason “Young Adult” is the perfect name for tonight’s episode is because it represents exactly what type of New Girl episode this is: a shallow, slightly immature half hour with a lot of potential.

The main story in “Young Adult” is one we’ve seen play out on New Girl countless times before, as Jess has always sought one of her roommates’ assistance (typically Nick or Schmidt) when trying to get a new group of people to like or accept her. Here, in this week’s episode, Jess is disappointed when her students’ attitude towards her changes after she’s promoted to principal. Vice Principal Jess Day was always someone fun and cool that the kids liked and could talk to, but now that she’s Principal Jess Day, her students essentially ignore her, or if they do acknowledge her it’s with rude comments and comparisons to characters from Nick’s novel, The Pepperwood Chronicles. Jess had placed a few copies of Nick’s book in the library in case some kids would decide to check it out, but she did not expect it to connect so deeply to the young girls that she’s trying to befriend, which is why she turns to Nick for help with the situation; if he can come in and talk to these girls about the book, it will make Jess the coolest principal ever.

Unfortunately, Jess’s plan backfires in pretty spectacular fashion. Nick reveals that not only are he and Jess friends that live together but that they also used to date, and this information literally makes Jess too cool for school, as the female students that she tries to impress now only see her as a peer and not as their principal. This situation forces Jess to severely discipline the three girls and cuts Nick off from his source of inspiration, as Jess’s students were helping him break through his writer’s block as he struggled to work on the Pepperwood Chronicles sequel.

As I mentioned above, there’s nothing necessarily wrong with this storyline, and it does have a sweet ending when Nick gets the girls to apologize to Jess and give her a coffee shop gift card as an apology from him as well. The reason this story suffers, though, is that it’s so familiar; off the top of my head, this plot reminds me of at least two different instances in which Nick or Schmidt have tried to help Jess be cool (Season 3’s “Nerd” and Season 4’s “Dice”), and while not every story on New Girl has to be the most original (How many different storylines can you really do on a sitcom?), it should still possess some type of strong character moment but there’s no type of growth or evolution at all from Nick or Jess in “Young Adult.” The whole story plays out as an entertaining farce, which is perfectly fine but not up to the high standards of other, better New Girl episodes.

Aside from the Jess and Nick storyline, “Young Adult” offers viewers a fun challenge for Schmidt, as he struggles to enjoy having, Jeremy, the secretary of his dreams, at his every beck and call. Jeremy knows every answer to every question or request Schmidt has for him before he’s even asked, and he even goes as far as doing Schmidt’s work and breaking into the loft to make sure that Schmidt has an iced coffee waiting for him in the fridge. But even though Jeremy comes off a little intense and pretty creepy, it’s not the invasion of privacy that bothers Schmidt; instead, he sees a younger version of himself in Jeremy, someone so dedicated to his work that he forgets what else life has to offer, and he doesn’t want Jeremy to make his job his sole focus. However, when Jeremy tells Schmidt that he enjoys the work and sees it as a way of becoming successful like him, Schmidt empathizes and promises to help him reach the level that Schmidt has gotten to throughout his career.

Similar to the Jess and Nick storyline, Schmidt’s story in “Young Adult” hits some emotional notes that we’ve seen before, even as recently as this year’s Valentine’s Day episode. However, due to the crazy nature of Jeremy’s character, the Schmidt-centric moments of “Young Adult” never drag, and they, in fact, provide some of the best scenes in the entire episode, particularly the final scene of the installment in which Jeremy delivers coffees to the entire loft that have scarily accurate caricature drawings of them on the cups.

Lastly, the weirdest but also best story of “Young Adult” is another classic Winston-Cece mess-around, which revolves around Furguson and the reveal that he has another home in the apartment building with a woman named Gil, who refers to Furguson as “Sweatshirt.” Ultimately, Winston and Gil allow Furguson to decide where his true home is, but after he chooses to return to the loft, Winston realizes that Furguson misses Gil and isn’t fully happy without his other “owner.” In a very funny and surprisingly powerful moment, Winston lets Furguson leave the loft, carrying a note to give to Gil that says the two of them can share “cat-stody” of him from now on.

So why does this weird, wacky Winston storyline work? Well, it mainly works because it’s another Winston-Cece mess-around, and Lamorne Morris and Hannah Simone are never better than when they share the screen together. Plus, aside from the laughs that this story provides, it also possesses a great deal of heart, as Winston saying goodbye to Furguson and letting him leave the loft represents what he’ll have to do when Cece and Schmidt move out in the near future. In fact, Cece even pushes off moving in this episode so that she can help Winston deal with the Gil situation and tries to cheat her way into getting Furguson to stay at the loft and only the loft so that Winston won’t feel lonely after she’s gone. The entire storyline is just a nice reminder of how well the New Girl writers have developed the Winston/Cece friendship over the past couple of seasons. I can’t imagine the show without it now.

“Young Adult” is not one of the best episodes of New Girl Season 6, and it’s a slight step down from the hot streak the series has had over the past couple of weeks. However, in what has been a pretty off season for my favorite network comedy, this week’s episode still stands as a very funny and entertaining half hour with plenty of great one-liners and even some genuinely moving emotional moments. Sometimes, that’s all you can really ask for.

What did everyone else think about this week’s episode of New Girl?

Jess asks Nick for help when she wants to look cooler in front of her students in this week’s uneven but entertaining episode of New Girl. 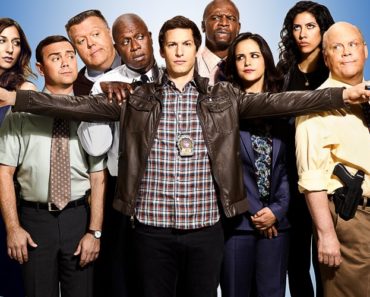 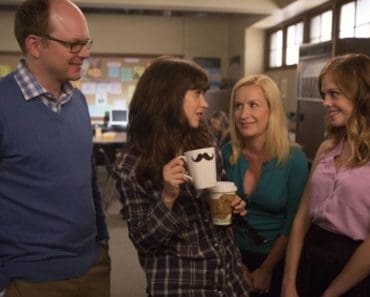 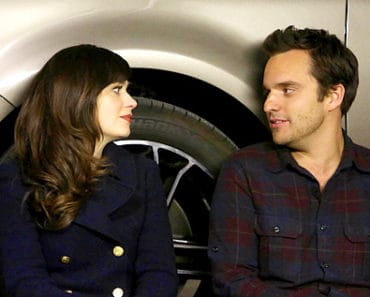 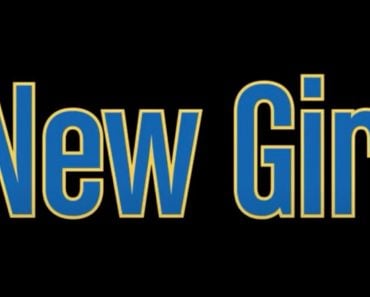