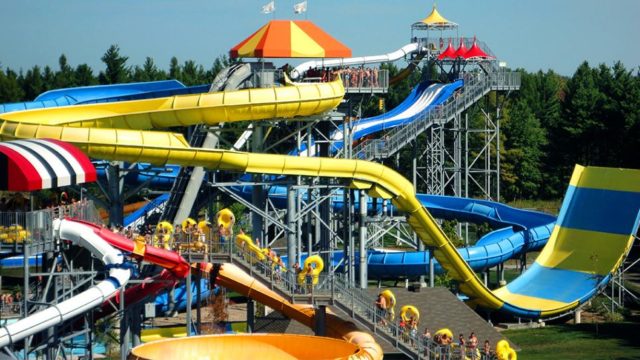 I know, I know, when the idea was first introduced that the Travel Channel would be producing a show entitled, Xtreme Waterparks, there were many who were wondering what in the world were they thinking. Well, as it turns out, the idea was quite ingenious. From the perspective of the average television viewer, this idea may not appear to be appealing on the surface, but that is just it. While it seems simple and straightforward, the show is building its appeal of the secondary nature of parenting and the primary nature of being a kid.

Of course, when an adult hears about a show that will be featuring waterparks, there will be no bells going off saying “man, I can’t wait to watch that.” The average adult will be looking for something a little more emotionally or intellectually appealing; however, this show is ideal for a number of ways, and we believe that it is imperative for every person to watch the show at least once.  Here’s why:

The Longevity of the Show

First of all, the show has lasted for more than six seasons, so it obviously has some type of appeal. In a very competitive market like television, it is difficult for shows to develop any traction that can provide the longevity that this show has experienced. The reason is that the show is more practical than most adults will initial imagine. It is obvious that it will appeal to kids, and we will talk about that more shortly, but there is a reason for the longevity, and it is in the fact that the show can literally help a family narrow down locations and theme parks that they want to visit.

While you can read and view brochures, there is nothing like a live and active brochure by which you will be able to view real people engaging in fun activities and see their responses.

The Value of a Facial Expression

They say that a picture is worth a thousand words, and if that is the case, watching the faces of these kids and adults after they come off of the water rides is priceless. If you are a thrill seeker, and you are looking for water rides that will take your breath away, you will find them on this show. You will not have to count on someone selling you on the thrill of the ride, you will be able to see it the eyes of the individuals who are actually experiencing it when you watch the show.

The Input of the Kids

When you are attempting to determine what would really impress the kids for the next family vacation, watching their expressions as they watch this show is literally priceless. You don’t have to engage in any verbal communication at all, they will show you with their facial expressions and the level of excitement the show.

Xtreme Waterparks is actually a show that will put you in a laid back and happy frame of mind, which can be in high demand with the hectic schedules that most people are working. The potential of this show demands that you give it at least one try.