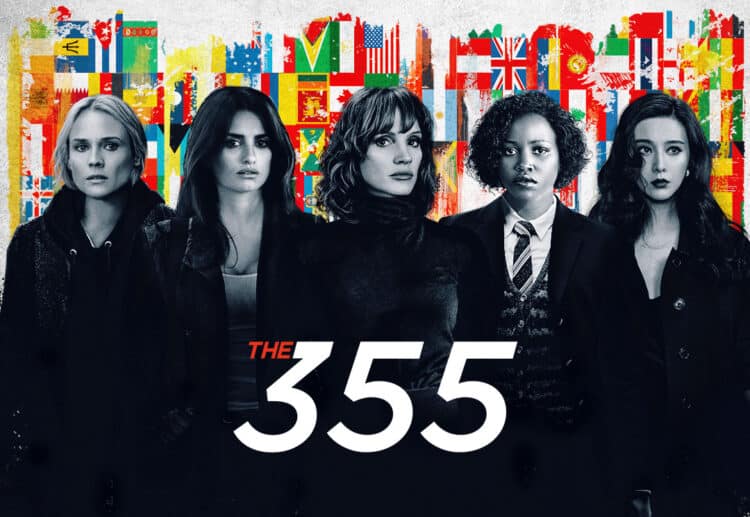 The critics weren’t exactly forgiving of this movie and to be fair, even if the fans happened to like it, The 355, which alludes to a female spy during the American Revolution, is about as exciting as a history lecture being given by Ben Stein. No offense to Mr. Stein by the way. But getting back to the subject at hand, the fact is that this movie had a big chance to be something great, exciting, and at least a little different from anything else that’s been seen over the years. Unfortunately, it appears to go down the list as it ticks off each box when it comes to including one element after another that is needed for a moderately successful spy story. That’s too bad really since the movie had a great cast to work with and a lot of opportunities to do something that might have been better than making sure that things were kept within the needed parameters and that female empowerment was one of the most important aspects of the movie. To be realistic, the ‘girl power’ element dragged the story down more than it elevated anything.

What’s even more frustrating about it is that each of the female leads are accomplished actresses that could have brought something unique to the movie, but whether it was their choice or the director’s, things kind of hit a plateau and didn’t progress any further once the movie really managed to get started. When the villain is more convincing since they appear to be just as bored as the audience then there’s a problem or two that didn’t get resolved before the movie was released. It’s true that talking about a movie is easy, we don’t invest that much in the overall idea from start to finish, and it’s possible to think that we’re missing something. But in this case, we’re not.

Stating that the interest was built from the start isn’t really accurate at all since a meeting with an inept drug lord and a criminal mastermind made for an awkward meeting at the beginning of the movie since one had to wonder why anyone would follow the less than composed individual that professed to be the headman. Once the device was proven to work, the mastermind and his people went to work trying to steal the device, only to be interrupted by the agents that had been waiting to bust them. When one of the agents decides to nab the device and try to sell it, things really get mucked up as the two CIA agents that are sent to buy it from him end up losing the cash and the device after being ambushed by another agent that is working for her own agency. When it’s apparent that one of the CIA agents has been killed, the remaining agent, Mace, is given the unofficial blessing of her boss as she to recruiting her old friend from MI6. One could have guessed that eventually they would run into the other operative and recruit her, and would recruit the frightened psychologist that was given the device they were both after. This movie was kind of a paint-by-numbers type of story that didn’t hold a lot of surprises for anyone, especially given that it led the audience in a kind of condescending manner that wasn’t that enjoyable.

The action was great in some instances, to be honest, but apart from this, there was a great deal of exposition that felt as though it could have been done without, and could have given way to more creative uses of time that might have made the movie even better. For one reason or another though, movies that star female leads have, in the past decade or so, been apt to keep the focus on the lead more often than the story, which isn’t a bad idea if the lead character IS the story and therefore carries the main point wherever she goes. But that wasn’t the case in this movie, since the lead characters were set in place to obtain a device and complete an objective that WAS the story. Their parts could have been changed out without too much difficulty, no matter how effective the actors are most times. In other words, the efficiency of the story was sacrificed to make way for the actors, which in this case was a huge mistake.

From an action standpoint, there were moments in this movie that were easy to enjoy since they didn’t require a lot of thought and were more or less scenes that many had witnessed before in other movies. But that was where this movie kind of ended in terms of its appeal since it became a very generic action movie that was easy to predict from one scene to the next.