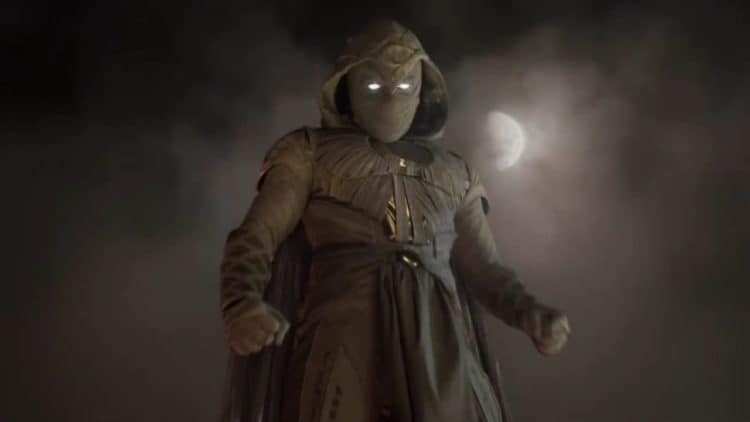 Saying that any character can beat another usually gets people up in arms and ready to debate for their favorite character, but this is kind of a special case. The person stating that one character can beat another is Oscar Isaac, and as fans already know, he’s going to be starring in the MCU as Marc Spector/Moon Knight and has been a part of the Star Wars universe as Poe Dameron, meaning he has a connection to the same universe as Din Djarin, the Mandalorian. It does sound as though Isaac said this in jest and didn’t mean to spark a debate, but it’s interesting enough to think about since setting characters against each other and comparing their abilities as well as how they might overcome each other’s impressive feats and fighting skills is enough to get many people to think of various scenarios. On one hand, there’s Moon Knight, who’s an incredibly skilled fighter and has many different weapons to call upon, not to mention that it would appear that the MCU is going to increase his efficiency as a character. On the other is Din Djarin, who is a proven fighter in the Star Wars universe and has many devices that might push the fight in his favor.

Deciding who wins is interesting to think about since the truth is that Din can fight in the open and he can fight in various environments as it’s already been seen. His weaponry and gear allow him to sustain a huge amount of damage and punch well above his weight class since he’s taken on a Force-user, albeit briefly, and he’s gone up against a dark trooper that was slamming his head into the wall repeatedly at one point. To be fair, Din is tough because of his armor and his training. The thing is, so is Moon Knight. He’s been shown wearing one suit or another throughout his vigilante career, it’s been noted that he’s a trained mercenary and that he’s a bit nuts and insanely aggressive. But is that enough to take out Din?

It’s not tough to think that this playing field is fairly leveled since both men are trained fighters and their equipment wouldn’t give them the edge. The terrain doesn’t even feel like it would matter since, with Din’s helmet and its many capabilities and Moon Knight’s capabilities, the real advantage in this fight comes from who can keep their composure the longest, and who can deliver the heaviest hits. The reason why composure would be such an issue is that Moon Knight is well-known to be a little unbalanced since he deals with multiple personalities that are considered to be well-developed on their own but also tend to collide at times. This might not be considered much of an edge, since Moon Knight has already made it clear that he can fight and that he can be downright savage. But Din, who is a controlled and very capable from a distance and up close. But if one wants to go all out and give both individuals their full array of armor, weapons, and pit them against each other, things tend to get interesting.

Moon Knight is not just a fly-by-night vigilante, he does have a stunning array of weaponry and his own ship, much like Din. What he doesn’t have is the darksaber, which is one of the most impressive pieces in Din’s arsenal. If anything is going to add another edge to Din’s case, it’s the weapon that he’s still learning to master and by season 3 could be giving up. Indeed, Din hasn’t mastered the saber yet, but his other weaponry, when put up against Moon Knight’s arsenal, still gives Din a bit of an edge since even without the Beskar spear, his armor is still highly resistant to damage, and his ranged weapons, along with his fighting skills, are likely capable of keeping Moon Knight from using his greater strength to beat him down. As mentioned, Din has taken on a dark trooper and survived, and this might be a bit different since Moon Knight has far greater mobility and far superior fighting skills. But even with his armor and his superior fighting ability, one thing that still needs to be taken into account is how measured and controlled each combatant would remain throughout the fight.

This feels like a long shot when it comes to calling the fight for either side, but it does feel that Din has the weaponry and the calm, and measured state of mind that would allow him to carry this fight. It wouldn’t be easy by any means, since both fighters are skilled and know how to deliver a great deal of pain with the weapons at their disposal. But in the end, Din has the edge since as tough as Moon Knight can be, Din would likely have something to adapt and counter to survive.