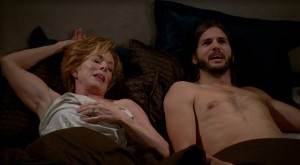 After the trends of the first six episodes of this season, each week I hope that none of the existing female characters will end up in bed with Walden and that we will get an episode where Charlie isn’t mentioned. This episode was all about Evelyn hooking up with Walden and Alan reading Charlie’s journal. Since Charlie was family to most of the main characters, it may be inappropriate to never mention him, but this episode–and it appears the next episode–try to continue to use him as a character even in absence of the actor. It’s time to move on. Even as Evelyn says to Alan that it’s time to move on from Charlie’s death, it’s only reflected in her own character. She wants Walden and convinces him to hire her as his interior designer so she can carry out her plan.

Alan’s excitement over the news of Charlie having a safe deposit box is diminished when he finds out that it only contained a journal. He questions why his mom showed up to deliver it wearing an expensive watch, and by the time he gets to the end of the journal he realizes that it did come from the safe deposit box. The only amusing part of the journal is that Charlie had predicted that one potential cause of his death would be a crazy woman pushing him in front of a bus. Substitute train for bus, and he was bang on. The rest of the journal excerpts take hits at Charlie that are consistent with what we’ve seen the rest of the season. He writes about forgetting a woman’s name and feeling bad about it, but when he remembers it, he rewards himself with drugs. Berta is concerned that Alan is shopping around Charlie’s journal, because she’s working on a memoir for him called “Man Whore.” The constant jabs at Charlie only serve as a reminder of the drama that took place with Charlie Sheen over the summer, and they make it difficult to simply watch and enjoy the show.

The jabs were not outweighed by a couple of nice journal entries. Charlie wrote about how Jake was cute and smart with a very bright future (but that there’s no way he’s Alan’s kid). He also admitted that he missed Alan after he moved in with his girlfriend (but he knew he’d be back).

In Walden’s world, he has decided that he wants to renovate the house. Mostly his bedroom and ensuite, where he wants everything to be “cooler” than it is, and he also wants “those fancy Japanese toilets.” We already saw a glimpse at the beginning of the season of what a Walden room would look like: arcade games and toys galore. He wants walls that change colors with his mood, but Evelyn says the best she can do is white walls and strong antidepressants. The only thing he decides to keep in the room from the Charlie era is the video camera.

Alan warns Walden that his mother is the mother of all cougars and she has ulterior motives for being his interior designer. Walden assures Alan that he’s not going to sleep with his mother. Alan says if he would have $3.60 if he had a dime for every time someone has told him that. It’s pretty awesome that he’s kept track. Despite this discussion, Evelyn still manages to get Walden into bed by convincing him that it’s not her intention to do so. Walden is an awful liar, so Alan knows what happened but doesn’t admit it. Walden is far from brilliant, but what baffles me more is why every single female character has to have him. No offence to Ashton Kutcher, but there’s no man in the world that every woman wants. I get it: it’s fiction and this is part of what defines Walden. I just find the effortlessness hard to deal with.

There was a Jake story in this episode as well, but it still revolved around every woman–and girl–wanting Walden. Jake has a crush on his chemistry tutor, who is the same age as him, but she’s attracted to Walden. Jake reminds her that if she hooks up with him, he would go to jail. She would wait for him. After several failed attempts with Walden, she’s at least in the mood and decides to hook up with Jake. Jake went from hating Walden for attracting all the girls to loving him for attracting all the girls.

The highlight of the episode was when Evelyn asked Walden what type of women he’s attracted to. His response was his wife, women who look like his wife, and Ellen DeGeneres. Everything is better with Ellen. 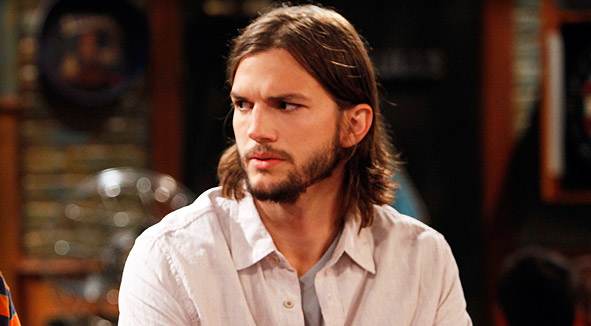 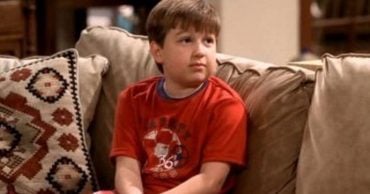 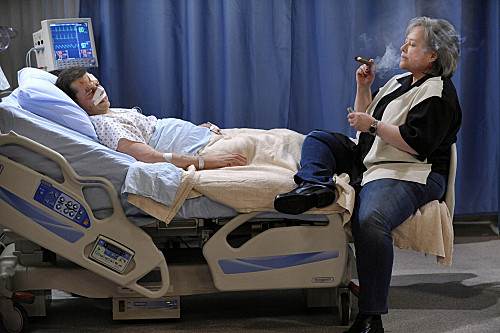 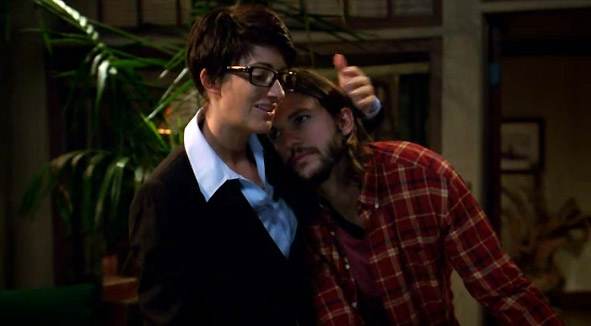 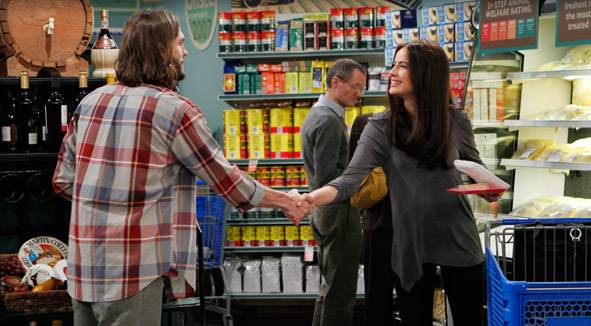 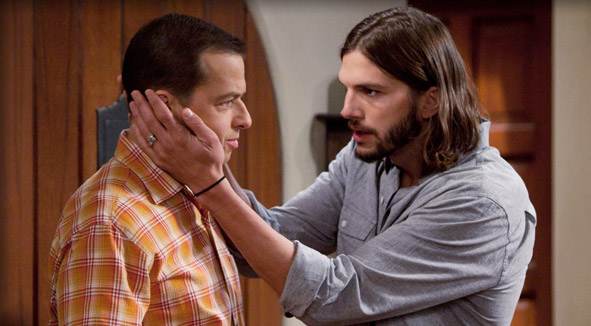