Home
Television
“The Mayor” Series Premiere: Is this Show Gonna Make It? 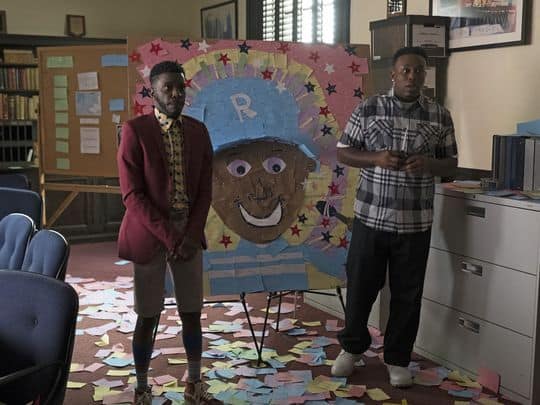 The ABC television network is currently under a bit of flux, leading many television show critics to use a high level of scrutiny when examining new ideas and pilots that the network is producing. One of these new shows is “The Mayor,” a show in which a young rapper decides to run for Mayor of his town as a publicity stunt to sell more records. The crazy thing is that he ends up winning the election and now he must step up to the plate and deliver.

The rapper, Courtney Rose, played by Brandon Michael Hall, has worked hard for years to develop his craft as a rapper, but he has experienced very little in the way of record sales. Ironically, a great deal of the content in Courtney’s lyrics address the ills and concerns of the people in his community. He uses this as a platform from which to launch his campaign, and he wins, but now what.

Personally, I love the plot and the idea behind it, but I do not an audience make. So, does this new show have what it takes to survive beyond its first season? The show has a comedic presence that underwrites a clear social and political tone – pointing to real issues and concerns that a large demographic group in this country deals with on an ongoing basis. So, I believe that the numbers are there to create the ratings needed; however, it will take more than ratings to ensure that this show experiences longevity.

Additionally, the writing will have an immense impact on how well the show does over the season. The dichotomy of this show – comedy and social responsibility – demands more complex engagement by the writers who must be able to create the message without overwhelming their audience. If the episodes do not become too radical or lopsided in ideology, the show has a pretty good chance of faring well, something that ABC desperately needs right now.

Finally, one of the greatest challenges that new shows face is scheduling. When a show is put up against giants from other networks, they tend not to do well. Currently, the show is slated on Tuesdays at 9:30 p.m. EST, and this is an ideal slot for the show. There are likely a lot of television watchers looking for something new in this time slot. My guess is that this show will be picked up for at least one more season.