Home
Television
Letterkenny
Making The Case for a Letterkenny Movie 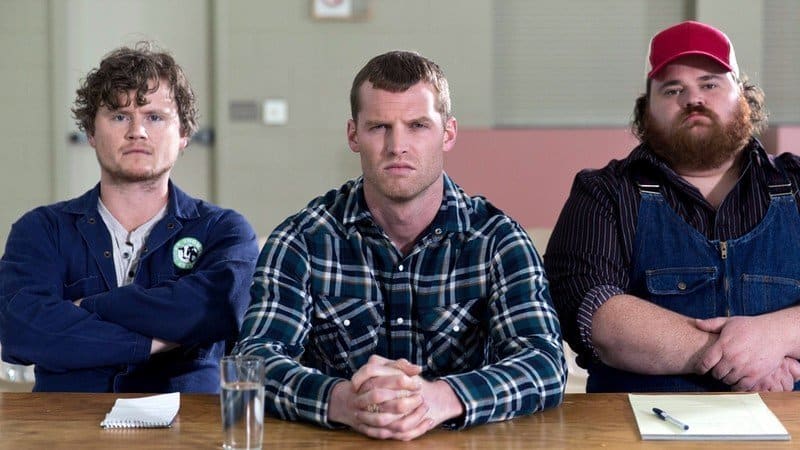 If you’re slow to or as of yet to get on board the Letterkenny vibe don’t worry too much about it, the entire 9 seasons are currently streaming on Hulu for your viewing pleasure. But after nine quick-talking and gut-busting seasons of laughter and general good humor that’s delivered in a rapid-fire fashion, it has to be noted that maybe Letterkenny is ready to at least tempt the big screen with its take on the wise-cracking nature of our neighbors to the north. It might be time for Wayne, Daryl, and Squirrely Dan to make their way to a bigger venue in order to deliver their brand of Canuckery to the world in a way that would hopefully be appreciated. Each six-episode season has thus far been nothing less than a side-splitting round of new problems, simple solutions, and a trip through the philosophy of those that live in the fictional town of Letterkenny and abide by a few constant rules, such as ‘we don’t fight at weddings’ as well as the occasional donnybrook that might break out over one issue or another.

The call of ‘How’re ya now?’ might be a welcome one in the theaters or even as a full-length feature movie on streaming, and it would certainly get the fans riled up and ready to see a great tour through the town and beyond, perhaps even to Quebec where the boys and their pals tend to protect the local area from the d-gens that they both hate with a passion. Throughout the last several years it’s been a gas to hear the boys, and ladies, discuss one matter after another and display the kind of knowledge that might confound and amaze a group of scholars at the same time, before leaving them to walk away wondering how they’d heard what they’d just heard. Oh yes, it becomes simple but it gets serious and down to brass tacks very quickly around Letterkenny provided one knows who to talk to and what to say.

Trying to keep pace with those that exist in Letterkenny is likely to be kind of exhausting to those that don’t have the stamina or the understanding for it since as one should be able to believe, it’s a different culture that’s similar but not quite the same to what a lot of folks see as normal in their eyes. In fact, if one is so inclined they might find themselves picking up the speech patterns and even the dialect used in the show since despite being quick of pace and to the point, or rambling and roundabout as it can be, it’s a lot of fun to at least try and keep pace given that it becomes second nature if one does it long enough. You might even find yourself belting out lines like “You’re spare parts bud” or “Pitter-patter” just to keep up with the jokes and the general, all-around fun nature that the show offers. In fact, one could say, and rightfully so, that Letterkenny delivers more entertainment in a half-hour than a lot of shows do in twice the time. It’s a bit of grandstanding for a show that’s definitely simple, but the truth is that Letterkenny could make a reach toward the big screen and do well enough that it would be remembered.

Those that have no idea what Letterkenny is all about or aren’t convinced yet should probably take a look at what the show has to offer and they might come to realize that there’s something there that could easily be turned into a fun movie even if it’s not a blockbuster. It could even be touted as one massive special, though it’s fair to say that if one is going to go big then the story had better be just as big to match. To be fair, or to be faiiir as the boys would put it in their own way, there wouldn’t be much need for a backstory for any of the characters since the manner in which the story is pushed forward and developed in a type of back and forth style is more than enough for a lot of people since it forces the viewers to simply keep up without needing to go backward and analyze every little detail of the story. Yes, some people would still feel the need, but they might miss out on what’s coming and what’s there to be enjoyed.

It’s tough to say if anyone has really given it any serious thought yet, but it would be easy to think that it’s been kicked around a bit to see if anything comes of it. There are plenty of stories in and around Letterkenny that would be worth telling, now all one needs is a reason to make it happen. So, as they say, pitter-patter.