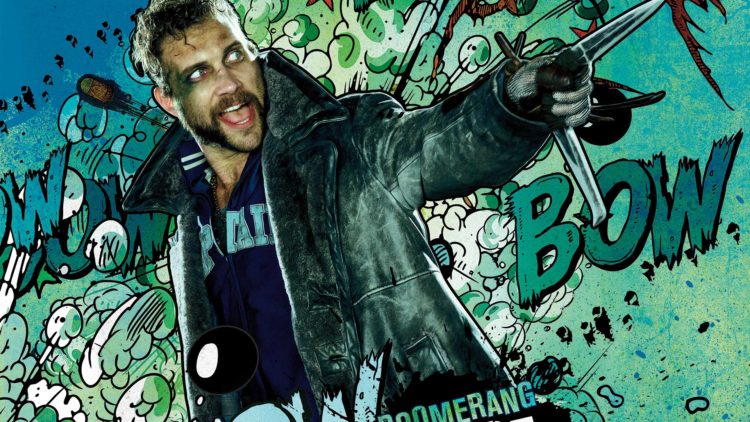 This is the era of the super-villain as much as it is the superhero. If you don’t believe that then take a look at Avengers: Infinity War and try to understand Thanos’ true motivations for wiping out half the universe. It shocked a lot of people when he ended up completing his mission at the end, but that’s the way things are right now. Villains, which includes Captain Boomerang, are on the rise, and their popularity is being broadcast long and loud across the screen as they are actually gaining fans. While Captain Boomerang isn’t exactly a super-villain since he’s completely human and out of his mind, he’s still someone that’s easily on par with some of the worst nasties out there and should be considered for a solo movie. Consideration is the least that can be given for this character to be honest since the Suicide Squad version was more of a joker than anything, but he still managed to be an interesting part of the team.

Here’s a few reasons why it could it work.

The heroes aren’t getting it done.

People are still fans of the DC superheroes but in all honesty they’re not getting the job done and they’re certainly not showing that they have the staying power of other movie heroes at this point. The villains on the other hand have been going all out and have been managing to get people on their side since they’ll stay true to their nature and not deviate as much. In the comics Digger Harkness was always a jerk and he’s played a jerk on screen too, so there’s some continuity there that can’t be denied. Whether the same actor would be used shouldn’t even be a question since the craziness that he brought to the role should be taken into account and the fact that he played his part more true than a few of the squad members should also be a big bonus that would bring him back. One big difference between the heroes in DC and the villains is that the villains aren’t tortured by the need to be good while doing something bad. They’re willing to do anything to show just how bad they are, and that’s a part of why they’re so popular.

Digger is an ordinary character with an extraordinary skill.

He flings boomerangs at people. In a world where heroes range from guys that are billionaires and act as vigilantes to heroes that could crack the planet in half, he throws boomerangs. He does throw some highly specialized boomerangs that do different things but at the same time they’re boomerangs. If a person knows to keep eyes in the back of their head then they can avoid them. Yet he’s been able to take on the Flash and come away with a semi-win at times simply because he knows what he’s doing and his skill isn’t always able to be handled by the heroes. Plus his level of craziness doesn’t really allow him to just back down to anyone since he’ll stand up and fight just for the heck of it. Digger is a guy that loves to fight but he’s also kind of a coward when he’s outmatched. Though to be honest he’ll still fight if he’s cornered. He’s a complicated guy, that throws boomerangs.

It’s time for the villains to be noticed.

For decades now the villains have been getting whooped up on when it comes to facing the heroes. It’s natural, it’s how things are done in the comic books, and it’s what people expect. There’s no need to show Digger as a sympathetic character, he can be a bad guy and still have his own film. Why not? The villain being the main character isn’t a new idea but it’s also something that fans are wanting to see now. Why not allow the hero to lose a few or lose face from time to time? Thinking that heroes are perfect and always get the bad guy is kind of boring to be honest and allowing the bad guy to finally get their way now and again keeps things interesting. It also allows for mayhem, carnage, and some true chaos to run rampant but given the world we live in it’s not like watching that kind of thing on the screen would be all that bad. It would be a way to remind people that even in the movies the bad guy can win occasionally and get away. Digger is more likely to be imprisoned again and again, but his antics leading up to this would still be fun to watch since he’s kind of unpredictable and you never really know what he’s doing to do until he actually does it.

Plus a character with a pink unicorn fetish is just too interesting to pass up on.