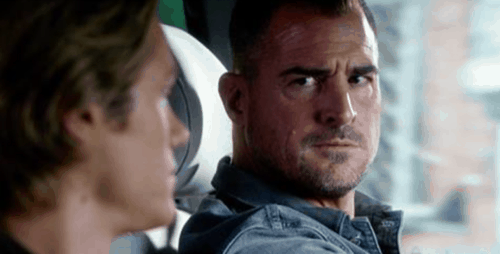 The verdict is in on MacGyver‘s new boss, and she’s a hit! Matty Webber has proven her loyalty and dedication to the Phoenix Foundation and all of its employees. Considering their last boss was a traitor, I’d say Matty has done a very successful job of boosting company morale. She runs a tight ship, though MacGyver will always be a wild card. He of all people understands life’s uncertainties, which is why he’s so determined to get to the bottom of Jack’s messy history with Matty.

The Phoenix Foundation goes after Aaron Deckard, a professional “fixer” for an Armenian terrorist named Armon Marsofian. He’s been unattainable up till now, but a misstep alerts authorities of the direction he’s heading in. Once Jack and Mac are on the ground, they are outmaneuvered by a bounty hunter. It’s kind of difficult to prove you’re a member of an elite federal agency with clear jurisdiction when your workplace isn’t supposed to exist. Even worse, the bounty hunter is part of a family of bounty hunters run by their Mama. Someone correct me if I’m wrong, but is it not still illegal to tie up two federal agents? Since Jack and MacGyver can’t get the job done on their own, Matty has to send in the troops to retrieve Deckard. Following that, MacGyver and the team realize that the bounty hunter family needs help once Marsofian shows up to collect his order. Fear of self-preservation works every time, which is why MacGyver knows the concept will work here. The Phoenix Foundation saves Mama and her family from Marsofian and his men. Because of this blind trust, the issue between Jack and Matty is exacerbated.

No matter what they try, Jack refuses to give details on what happened between him and Mattie at the CIA. Apart from repeating the plots of every Bruce Willis movie every made, all Jack will say is that this infamous incident with Mattie was the worst moment of his career, specifying further that she saved him and took a personal hit. Before they give up the fight, Bozer and Riley try to investigate the problem on their own. What trouble could Bozer and Riley possibly get into digging into Jack’s background? They don’t get far since Matty is the all-knowing, all-seeing leader. Once the mission is over, Jack and Maddy have an off-screen conversation in which they seem to clear the air.

Did MacGyver get through to Jack to temper the effects of whatever history Jack and Maddy had?

MacGyver and the rest of the Phoenix Foundation try to figure out what happened between Jack and Matty.