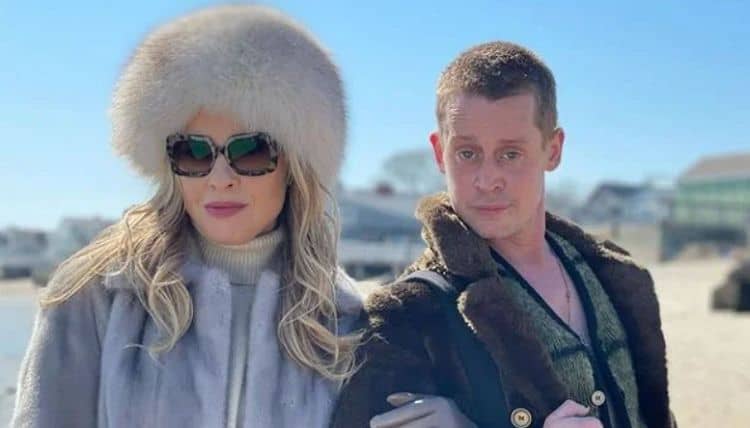 It’s no secret that fans of American Horror Story are getting excited to see what will happen with season 10 when it finally comes along, but the theme is still being guessed at since it’s not really known what it’s going to be about. The idea that it will have something to do with water, sand, and teeth is one guess since the images that have been seen thus far, including the above picture of Leslie Grossman and Macaulay Culkin, is one that is being pushed at the moment. One of the biggest aspects of the upcoming season is the return of Culkin since while he’s been in and out of the business and public notice over the years, Culkin has more or less been kind of relegated to being remembered for his Home Alone fame. He’s been in a few other movies in his time and he has been making a push for fame once again in the past couple of years, but up until then a lot of people remembered his name, but not much of what he’d done outside of the two Home Alone movies that were, as you might guess, labeled as the best since the third one was a bit of a joke.

But seeing him in the upcoming season of AHS is something of a treat for a lot of people and it’s likely that people could hope for a bit of what they saw in his younger years, meaning clever traps and devilish devices that might be used to snare the unwary and dish out some serious pain. Of course, given that he’s older now and that this is AHS it might be that if such a thing did happen that the traps would do the actual harm they were intended for instead of creating a cartoonish effect that would leave the victim still capable of moving around. It’s not likely to happen, but it’s still fun to think of since the idea that traps of some sort could be used in AHS might be easy to factor in since let’s face it, there are a lot of moments in the AHS episodes that are insanely bloody and could result from a few strategically-placed devices that might inflict maximum levels of hurt on the unsuspecting individuals that a person means to injury. Just try and tell me that no one would want to see this, especially given that Culkin might actually get a kick out of it. Such a thing might be a pipe dream at best but it would still be a great nod to his time in the Home Alone movies, which are classic by just about anyone’s standards.

Seeing Culkin star in something like AHS though is going to be the type of moment that a lot of people have been waiting for since, to be honest, he hasn’t been immune to being seen as someone that might have a villainous streak in him, as the movie The Good Son would indicate. But how the story is going to play out is anyone’s guess at this point since it could be that he might play a minor role that won’t last as long, or it could be that he’ll be the star that ends up dying by the end or at some crucial point but is important up until that moment. Without knowing any more about the story it’s a little too difficult to tell, especially since every season of AHS is usually able to offer some sort of twist that people didn’t see coming. But one has to admit that seeing Culkin break bad would be kind of interesting since it could be something of a comeback for his career if he really wanted it, which in turn would be intriguing since it would leave a lot of people wondering what might come next. As of now, that’s a lot of conjecture since the show is still a ways out and there’s no telling how it’s going to go at this time. But it does sound as though a few regulars might be returning, such as Sarah Paulson and Evan Peters. It’s also fair to think that a few others that have been in multiple seasons will be seen as well, especially since they’ve managed to help in such great ways when it comes to telling the stories that have been laid out.

It’s a little too obvious that we’re just as excited to hear that AHS season 10 is back on track after being delayed thanks to the coronavirus as anyone, and it’s even more obvious that people are going to start talking about the next season more and more until it arrives. Just expect people to be floating theories as to what it will be about since a connection to Freak Show is on the minds of many people at this time.

Five Lessons That ‘Serendipity’ Has Taught Us About Second Chances

January 6: Top 10 Events This Day in Movie and Television History
Comics Lists News Things You Didn't Know Whatever Happened To