Home
Television
Love Lessons We Can Learn From Bridgerton 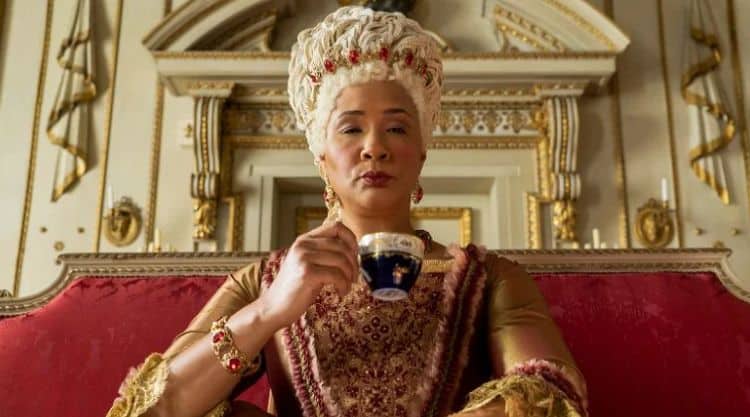 Whether you’re a hopeless romantic still search for your prince charming, happily single, or in a relationship, there’s something we can all take from the Bridgerton. This record-breaking Netflix series had so many of us swooning. If you had lost all hope in love,  you definitely found it in this romantic series. Here are a few lessons in love that The Bridgertons taught us:

The main couple couldn’t stand each other when they first met. Daphne Bridgerton and Duke Hastings got off on the wrong foot in the beginning. In fact, their first few encounters weren’t that great. Daphane thought Duke was arrogant and she was turned off by his reputation of being a “ladies man”. However, their relationship blossoms into something quite beautiful and they turn out to be the love of each other’s lives. This just goes to show that first impressions aren’t always as important as we think they are. Sometimes people deserve a second chance.

2. Communication can make or break a relationship

Most romantic dramas wouldn’t have a storyline if the characters lived by this fundamental truth. Miscommunication threatened the Duke and Daphne’s relationship. The Duke tells Daphne that he can’t have children and although she’s always dreamed of having a family she’s willing to give that up because she loves him. However, once they are married, Daphne finds out that the Duke can have children he just refuses to have them as an act of vengeance towards his father. Daphne feels tricked but the Duke believes he did his due diligence. This miscommunication becomes a big problem in their relationship. Duke Hasting should have told her the whole story.

3. Secrets can ruin a relationship

In Bridgeton’s, it seems as if most of the couples are keeping secrets from each other. Mr. Featherington fails to be honest about his gambling problem and as a result, he no longer has enough money to pay for his daughter’s wedding. Mrs. Featherington is beyond livid and is forced to clean up the mess he’s made. She even loses a measure of respect for her husband. Marina Thompson is also holding a big secret of her own. She’s pregnant with another man’s baby. Her child’s father is dead and she concocts a plan to make Collin believe he is the father. Although Collin agrees to marry her despite their lies her secret is out in the open and his family hates her.  Hiding things in relationships can prove to be disastrous.

4. Just because someone is good on paper doesn’t mean they are right for you

Prince Friedrich was a good catch. He would one day become king, he was kind, had good manners, and he was in love with Daphne. All the women desired the prince but he only had eyes for Daphne. Although he was good on paper he obviously wasn’t for Daphne because she was destined to be with the Duke. When Daphne told the prince that she was in love with someone else he takes her rejection like a respectable man. Daphne’s rejection of the prince taught us that just because someone is a good person doesn’t mean they are the right person for us.

5.  Don’t let your past traumas affect your relationships

Perhaps one of the biggest love lessons we learned from Bridgeton is to avoid allowing past traumas ruin relationships. Duke Hasting was abused by his father for years. His deep-seated resentment for his father is why he avoided marriage for several years and it’s why he absolutely loathed the thought of bringing children into the world. His anger at his father was consuming his marriage. It nearly tore their marriage apart.

Even the best relationship takes real work. Daphne wanted the type of love she saw between her mother and father. When she finally experienced it she realized that loving someone was the easy part but a marriage required real work.  Duke Hasting and Daphne’s love for each other was obvious but even their relationship required that both partners do some inner work to turn things around.