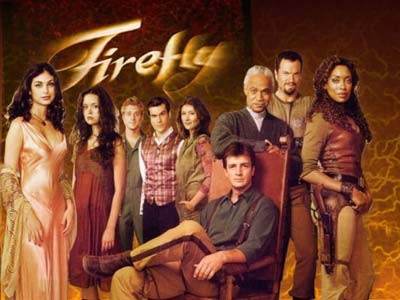 Labeled a ‘space western’, Firefly isn’t typically what you’d expect of the sci-fi genre. But oh my, is it good. Debuting in 2002, it was the brain child of Joss Whedon, a personal hero of mine. Set in 2517, the show follows the crew of the spaceship Serenity, with Malcolm Reynolds heading up a group of renegades traveling space, getting by on whatever money they can make through smuggling and cargo runs. Whilst catering for a niche marketing indeed, Firefly really shone n character development and a compelling plot, which was unfortunately cut short after FOX canceled the show before the end of Season One, a decision they all but admitted was a poor one several years afterwards.

Starting with ‘The Battle of Serenity Valley’, it is explained that Malcolm ‘Mal’ Reynolds and Zoe Washburne fought on the side of the Independents (or Browncoats, a term of significance after cancellation) against the Alliance, the governmental class ruling the galaxy. After their loss, Mal and Zoe proceed to purchase a Firefly-class in order to live outside of Alliance control on the outer planets, which remain rather primitive in terms of technology and law enforcement. It’s here, several years after their journey begins, that we’re introduced to their other passengers, including Zoe’s husband Wash’, Serenity‘s pilot, hired muscle Jayne, Doctor Simon Tam and his mentally disturbed sister River and various other colorful characters. From here we follow the crew on their, with the characters evolving significantly through the course of the season, particularly those of Mal and River, in such a way that the viewer genuinely begins to car about them.

But why was it canceled?! FOX blamed disappointing viewing figures, which was true in essence – however, it easy to attribute blame to the network for its failure. Episodes were aired out of sequence due to network interference, and the show was poorly prom 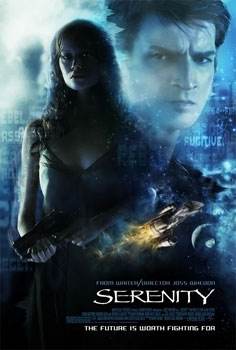 oted. Upon news of its cancellation, the fans responded in their thousands, dubbing themselves the Browncoats, cand campaigned for its continuation. Unfortunately, this was ignored, and it was only upon DVD release that its true popularity shone, with 500,000 DVDs currently sold to date.

After Whedon failed to acquire a network to continue the show on, a motion picture sequel was green-lit by Universal Studios, this time titled Serenity. Revolving around the experimentation that resulted in River’s mental instability, the government attempt to retrieve River, resulting in the crew escaping into Reaver territory, a group of humans turned feral by government drugs, a secret Mal reveals to the universe in order to halt their abduction of River. The plot stuck to the established universe of Firefly, acting as a continuation rather than a reboot. Backed by viral marketing in the form of interviews with River by the Alliance, and positive reviews, Serenity again refused to escape the trappings of its genre, and performed poorly at the box office. Earning itself an 81% fresh on Rotten Tomatoes, however, sealed its position as an acclaimed film despite poor performance, winning multiple smaller film awards and earning it several yearly cinema screenings even now with the help of loyal Browncoats worldwide.

Loyal Whedonites, or indeed, anybody with an interest in sci-fi should definitely give Firefly a look, remaining still one of the best shows I’ve ever stumbled across. Enticing in its mixture of genres and almost flawless character development, Nathan Fillion, Summer Glau and the rest of the equally talented cast deserve the applause they receive from the Browncoats, who amass for Serenity screenings even five years on. Firefly and Serenity are available on DVD at Amazon and most other online retailers.

You Can’t Stop The Signal. 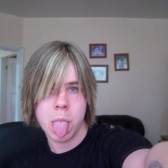 Danny is a forum administrator and front page editor of TVOvermind, and lives in the UK. He is a big fan of television, film and music, and is scarily obsessed with Buffy The Vampire Slayer, Angel, and anything Whedonverse.