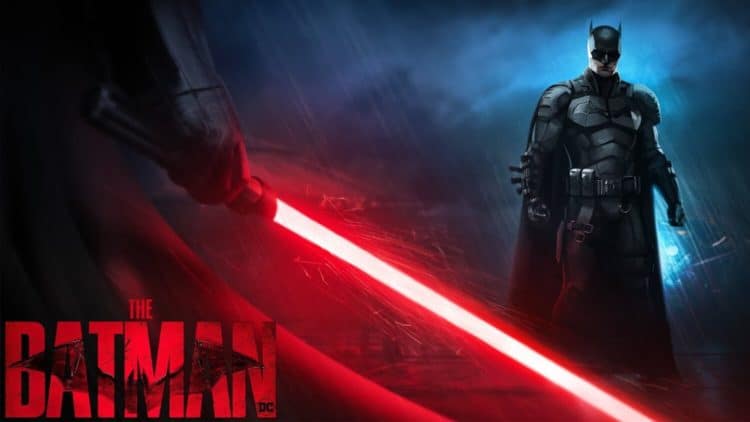 If this isn’t just ominous-sounding in an extreme way then it might be that you’re simply used to powerful melodies that are designed to instill a sense of menace and danger. But overall it’s a nice effect since the Imperial March and the theme to The Batman do kind of mesh nicely together and come together to form a very powerful sound. This and the graphic above do bring to mind an online battle between the dark knight and the dark lord of the Sith, and as anyone can imagine, things didn’t turn out all that well for the dark knight since, despite the planning and preparation that went into saving Superman, who had somehow been captured by the Empire, Darth Vader was triumphant. Of course, there was an alternate ending that saw Superman being freed and saving Batman in the nick of time, meaning that as great as he’s made out to be, Batman still has limitations. If this turned into a fight between Darth Vader and the Justice League it might be a lot harder fo the dark lord, but given that Batman is one of the weakest members on the team (you might not like it, but it’s true), he would be taken out of this fight pretty quickly, even with planning. After all, how does anyone plan to deal with the Force unless they know about it?

This is the problem that Batman has been given by so many overzealous fans throughout the years, the idea that he can beat anyone with enough planning. The downfall of this thinking is that it does depend on where the two would meet, and how much knowledge they would possess of the other. If he was aware of Vader and knew what he could do, then MAYBE Batman could make it a fight and come up with a few dozen ways to make sure that the dark lord felt it in the morning. But given how ruthless Vader is known to be it’s not likely that Batman would be given too many chances to get it right since the Force would be the one equalizing factor that would push the odds in the dark lord’s favor. It might sound like a serious advantage that makes things more than a little unfair, but if people are going to hype up the legendary skills of a human being that’s both paranoid and neurotic enough to plan for every possible contingency, including the supposed threat that his allies might pose, then it’s easy to say that Vader should be granted every possible angle he can use as well. Seriously, you can almost hear this music playing in the background just thinking of this confrontation since the two of them would be more likely to meet in Vader’s territory than Batman’s since Vader might very well think of Batman as a minor annoyance that could be swatted at any time.

Obviously this would be a mistake on Vader’s part since Batman isn’t to be taken any lighter than the dark lord or the Empire he serves, but the soundtrack for such a fight would definitely need to be something powerful such as the track that can be heard in this clip. It’s hard to hear, but there is a definite parallel between the music used for Batman and the Empire, as it’s dark and foreboding and somehow authoritarian in its feel, much as it might feel in either movie. Saying such things about Batman sounds almost wrong, but at the same time, one has to think of what might happen if the world worked according to the logic and justice that Batman attempts to bring to his own city. Obviously he’s for freedom and the ability to do what makes a person happy and fights against injustice. But what would happen if he was allowed to impose the type of justice that he tries to uphold? Some might say that Batman might pull back and let people do as they will while still doing what he’s been doing for so long, but they might be missing the point. If Batman was allowed to dictate law and order in Gotham, what would happen? What would the result be if he became the sole proprietor of justice in Gotham? Would he still be the savior, or would he become the tyrant? It’s a hard question to answer, but the music in the clip does manage to inspire such thoughts, especially since the dark and foreboding vigilante is someone that has his own sense of right and wrong.

It’s an interesting thought really, but also one that isn’t bound to be tested on the big screen. All in all, the music is compelling and powerful, and somehow both pieces work together in a way that’s hard to deny.