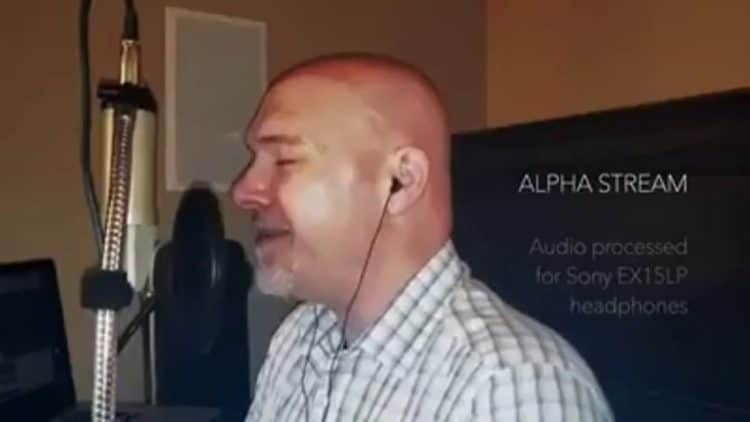 Have you ever met a person with a voice low enough to make your bones quake just listening to them? Tim Storms singing Lonesome Road has that kind of effect since the guy’s voice is reportedly the lowest in the world and it’s hard to not believe it since the notes he hits are the type that some might think are the equivalent of a bullfrog croaking, but somehow he stays resonant and keeps things moving along even as one has to wonder how in the world he sings that low. There are plenty of people who can hit bass notes that are difficult to reach, but this guy going this low is amazing for the simple fact that modulating your voice in this manner is a little difficult and isn’t entirely possible for a lot of people given that sending your voice low or high can really strain your vocals in a big way. Trying to hit these low notes is more difficult than people realize since it’s possible to force your voice into such a register, but there’s no guarantee that it’s going be pleasant to listen to since to be certain, croaking is much different than being able to carry a tune.

Singing is definitely a passion that many people enjoy, but it’s also something that a lot of people happen to think they can do when the truth is that they might be able to carry a tune here and there, but overall their voice isn’t great enough to make people want to listen that often. It sounds cruel, but some people either really need a lot more practice so that they can learn how to modulate their voice, or should stick to just enjoying when they sing for themselves since trying to make a career of it in an industry that demands perfection so often is bound to be rough for a lot of folks. It’s not a call to say ‘you aren’t allowed to sing’ to anyone, but there are times when a person’s singing can actually cause discomfort simply because of the way they sing. A good example is Yoko Ono since her ‘singing’ sounds like a raven dying a slow, horrible death. But some folks that are convinced that their voice is unique and that they’re going to sing no matter what anyone says do tend to live with a very inflated view of their own talent, like Yoko, and are unable to see the reality that people try to point out. The saddest part is that there are people who enable this by paying for those that can’t sing to actually keep pursuing a dream that is more like a delusion.

That might sound cruel and cynical, but in truth, it’s practical since singing is something that requires a great deal of practice just like anything else, and in the process of learning to sing a lot of people tend to learn how to modulate their tone over and over until they can hit several notes in a single song without tripping over a single one. There were a couple of moments that sounded as though Tim might have slipped just a bit, but it could have been due to volume or something else since the rest of the time his voice sounded quite professional and even impressive since trying to hit those low notes on my own produced a croak I don’t feel like sharing. It’s hard to be envious of this since singing isn’t my thing, but being impressed is easy since after listening to so many people sing over the years, from the amateurs to the pros, it’s fun to listen to the differences between singers and how each person approaches the music they decide to use for their performance.  Almost everyone has a unique way of sliding into a song and finding their own voice, and it’s interesting to take a listen as they take the time to find the cadence and adjust their own style to what they’re hearing. In some cases, it happens quickly and seamlessly since the singer has probably worked with the songwriter before, or has written their own lyrics and music, but in other cases, a singer might need a moment or two so that they can familiarize themselves with the music.

The idea of hitting notes this low actually makes my vocal cords ache a bit since without having been a part of a singing group for years, the mere thought of having to warm up the old pipes is kind of laughable. But thankfully just listening is easy since sitting here and hearing Tim belting out one low note after another is more than enough to remember those days of long ago. Of course, college choir isn’t really comparable, but this still brings back memories.