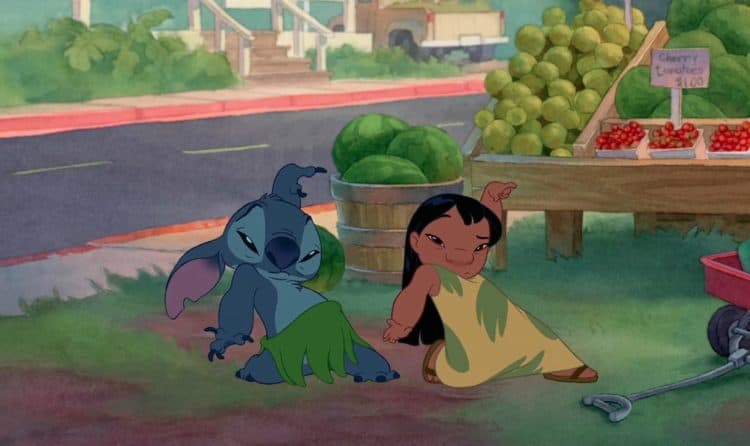 It’s going to have to be forgiven when Jeremy Dick of MovieWeb mentions that a live action version of Lilo and Stitch will follow a similar plot as the animated version that there will be a decided lack of faith on Disney’s decision to bring this idea to fruition. Given that the production will already apparently be a live action/CGI hybrid, which is pretty easy to guess at, one has to wonder what Stitch is going to look like since in the animated version it’s pretty obvious that the aversion that many have to Stitch is going to necessitate the idea that he’ll be anything but an appealing character based on his looks alone. Given that he’s an escaped extraterrestrial experiment it’s also possible that he’ll be more than just a little rough around the edges, and could end up looking light a walking nightmare if Disney isn’t careful with how much freedom they give to those creating the character design. There’s a good deal of hope that the production, which is coming to Disney+ apparently, could come off as a big success and possibly revive the entire project, but it’s also easy to think that Stitch is going to come off looking pretty strange, to put it kindly. He is an alien after all and it kind of begs the question of how much the coming story is going to follow the original.

Amazing as it is, there are Disney movies that don’t perform quite the way that people expect, even if they’re animated. The Mouse House has released several titles that didn’t draw in mass crowds in the past, and while Lilo & Stitch was a box office success and in its time was a popular movie, it’s been kind of left to collect dust throughout the years. Saying that it was never a success is erroneous on many levels since it created a good deal of buzz, but throughout the past couple of decades it has had to make way for a few other Disney titles that have proven to be a big deal for the Mouse House and have therefore taken up a lot more press and a lot of the attention that other Disney movies have enjoyed from time to time. But it would appear that Disney is making a continual circuit as it attempts to touch upon various movies that were either highly successful or are seen as deserving of another chance, perhaps a new breath of life to bring them into the modern era and remind people why they were so great in the first place. Lilo & Stitch is definitely one of those movies that deserves this kind of treatment since when it first came out it performed fairly well and it’s been remembered fondly throughout the years by many fans.

When it comes to live action though it’s already been made pretty obvious that in a lot of movies that things are going to have to change to respect the laws of reality in a number of ways, even if a great deal of magical qualities and effects are kept. Beauty and the Beast made this obvious as the enchanted castle and the many different items that had once been human were given some semblance of realism in how they acted, spoke, and were given a real sense of what might happen should they meet with an unfortunate accident. Other movies had to face the reality of their settings and situations such as The Lion King and Aladdin, so it’s not too hard to think that Lilo & Stitch will be getting the same treatment when it comes to what the blue alien will look like and what will be made possible in the course of the movie. This brings to mind the scene in which Lilo was showing off how Stitch could be used as a record player by placing one of his claws on the vinyl and then opening his mouth to hear the music coming out. It’s a funny scene and one that makes people go ‘what?’ but including it in a live action movie might amuse some people and make others roll their eyes. At this point it’s a waiting game to see just what will happen and how much will change, but there are definitely some scenes from the animated version that might need to be changed while others should likely be kept.

At this time it sounds as though the earliest we can expect this project to come to fruition and be released would be in 2021, possibly early on in the year. There are likely plenty of people that are already getting excited about this and it’s not hard to figure out why. Stitch is definitely different when it comes to Disney characters, and that’s saying something. But he and Lilo were also a pair that, for their time, were definitely appreciated.