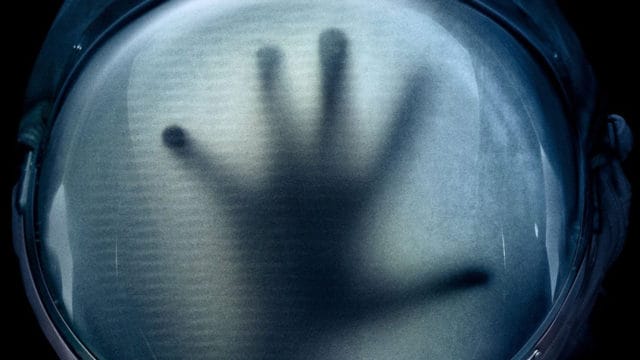 When it first hit theaters in 1979, Ridey Scott’s Alien — and its iconic antagonist — took the world by storm.  The creature, later called a Xenomorph, is one of the most horrific, creative and iconic alien designs in the entire science fiction genre: a sleek, domineering, solid black biped that is a monstrous pastiche of more familiar, terrestrial monsters.

Part spider, part scorpion, part moray eel, with acid blood, a massive skeletal form and reproducing by parasitically invading a hapless host body, they are consciously designed to be the stuff of nightmares, and have rightly burned themselves into the popular consciousness.  It has taken nearly four decades of trial and error, but with Life, I think that somebody’s finally figured out a way to build a better alien. 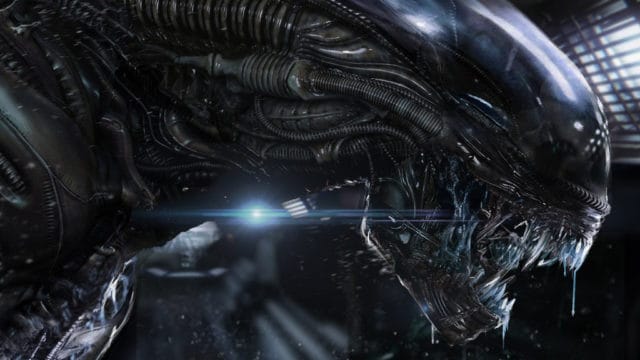 Aboard the International Space Station, a crew of the planet’s best and brightest have finally done it: they have conclusively proven the existence of life beyond the Earth.  After retrieving a probe returning from Mars, analysis of soil samples it brought back yielded a dormant, single-cell organism.  And with some careful mad-sciencing, they’ve succeeded at reviving and growing it.

After this momentous success, however, everything goes wrong.  The alien creature, which they named Calvin, grows an unchecked rate: going from a single cell to a complex, multi-celled being in the span of a month.  And after attacking one of the ISS crew members, it escapes containment.  With an appetite for Human flesh and a drive to survive in the cold recesses of space, the rapidly dwindling crew must kill Calvin before he kills them.

The brilliance of Calvin’s design is its utter simplicity.  It takes the Xenomorph’s idea of the ultimate predator and completely reimagines it from the ground up.  Rather than an increasingly complex, hive-minded organism with a multi-stage life process and an increasingly improbably series of natural defenses, Calvin’s predation exists along the simplest lines imaginable.

Every cell in Calvin’s body is identical to every other, each functioning as a nerve cell, muscle cell and optic cell, able to rapidly link together and reshape the larger organism by rearranging how they lock together.  As its hapless victims aptly state from the beginning, he is all muscle, all brain and all eye.  It can regenerate its entire body from a single cell, hibernate in inhospitable conditions like the surface of Mars for hundreds of thousands of years and exist (temporarily) in the airless vacuum of space.

Although it can presumably take on any shape it desires, its preferred form is nothing short of nightmarish, like a draconic squid: an armored beak connected to a mass of tentacles and webbing.  It is smart enough to use tools, strong enough to easily crush metal and bone and prefers to kill its victims by eating them from the inside.  By the end of the movie, I am entirely convinced that its smarter than the Human geniuses running the space station.

Like Alien, the setup is simple.  Beyond the ins and outs of the creature’s physical design, it’s about a group of highly motivated people fixated on surviving against an alien creature in an intensely claustrophobic setting.  The space station is compact and segmented by necessity, offering the film’s protagonists very little means of evasion.

The creativity that has gone into the movie’s kills is both as astounding as the creature’s design and as effective as its orbital setting.  Crew members are eaten from the inside out, drowned in their own space suits, unsuspectingly latched on to and dragged out into the cold abyss of space.  Refreshingly careful consideration went into every attack, death and shot: far more than what was strictly necessary for a modern day riff on what was famously pitched as “Jaws in space.”

Life is probably the best alien movie we’re going to get all year, up to an including Alien: Covenant.  It is an intelligent, creative, well-crafted take on the time-honored formula its progenitor established in 1979.  If you need something exciting to tide you over until the summer, Life is the movie to see.