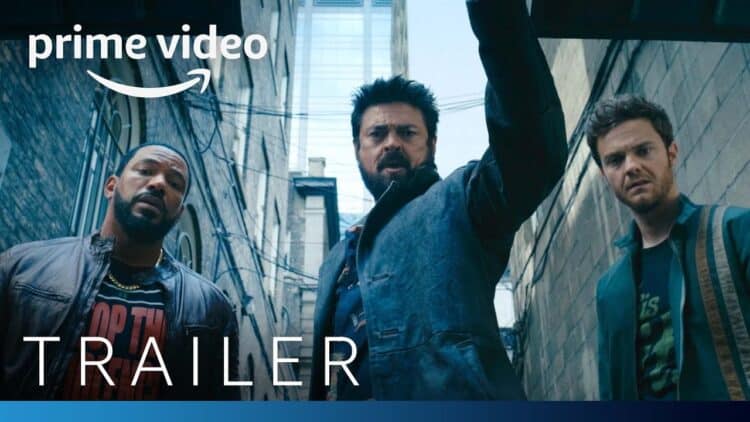 Things are about to get bloody again, that’s for certain, especially if Billy can exist on the same level as Homelander for once, and the Boys are of the mind that dealing with the Supers isn’t bound to be accomplished in a legal manner. Of course, when was it ever possible to take care of the Seven in a legal manner? It would appear that the attempt was made, however, and now that it doesn’t appear to be possible, the Boys are back and are bent on exposing the Seven, Homelander in particular, and are going to be pulling out the stops to get the job done. But it also would appear that the Seven aren’t in any great shape either, since Homelander appears to be unraveling in front of everyone as he continues to spout the corporate nonsense that is needed to make everyone believe that he’s still in firm control. But the trailer gives the impression that he’s anything but stable, and that his mental state is going to keep deteriorating as the show goes on.

On top of that, other supers appear to be stepping into the picture as Soldier Boy and several others can be seen in the trailer. The blood and guts are going to fly as the powers of each super have to be taken into account, and it’s fair to state that some of them might be at least a little balanced, while others are bound to be every bit as nuts as Homelander, or close to it. One thing that’s been seen in the past two seasons is that quite a few of the supers are less than equipped to be functioning members of society when their true selves are shown since a large number of them are of the mind that they’re far superior to the humans they’re supposed to be saving. The truth is that the supers are every bit as messed-up as anyone else, perhaps even more in some cases.

At the end of season 2, it did feel as though things would quiet down and that the supers who were remaining and the Boys would walk away, perhaps calling it a wash since so much had already been lost. But from the look of this trailer, the time between the events of last season and now has only allowed the supers to delve deeper into their own heads, which is a dangerous thing when one thinks about it since each one of them has massive psychological issues, save for Starlight. She’s not nearly as bad off as the others, but she’s in a very precarious position since she knows how bad her fellow heroes are, and the plan to take them down kind of hinges on what she can do to help. But Billy Butcher with powers might bring things up a notch, and there’s no telling what kind of mayhem is on the way since Billy isn’t the kind of guy to go in halfway and call it good. He’s the type of individual that’s there to go for it all if he can, or to at least go as far as possible to put one over on the Seven.

Since this show started, it’s been little more than mayhem and carnage from the start, and a dark sense of humor to go with it. Those two elements are a big part of why a lot of people enjoy this show, and while it’s not exactly PC, it’s easy to enjoy every minute of the show, no matter how cringe-worthy it might get at times. That leaves one to think that season 3 is going to be another thrill ride filled with unexpected moments that will surprise the hell out of people and remind them that unpredictability is one of the most predictable parts of the show. The addition of Jensen Ackles as Soldier Boy is going to be interesting no doubt since he already appears to resemble a murderous type of Captain America, which would allow him to fit right in on this show since there’s no time for heroes that can’t get the job done and cross that line occasionally to save the populace.

Season 2 won’t be too hard to top in terms of action since it was thought that season 1 would be hard to move beyond, but season 2 did it with a smile. That makes it easy to think that season 3 will arrive on the scene in a cloud of red mist with entrails hitting the floor only seconds before the main characters arrive. Okay, that’s a little over the top, but it’s not too far off the mark. It’s going to be fun to see Billy take on Homelander again, and on even ground no less. There isn’t much time left before the next season hits, but one can imagine that some folks are already analyzing the trailer back to front.