Home
Television
Saturday Night Live
Let’s Give it a Rest With Alec Baldwin as Trump on SNL Shall We? 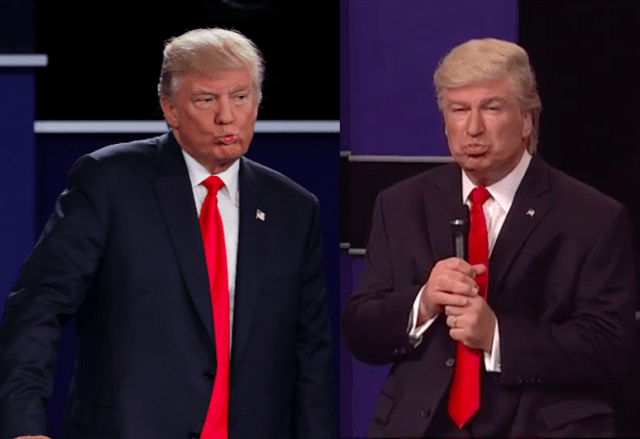 Using the words “selling out” aren’t quite accurate but I almost feel like at this point, the making fun of Trump as a means for profit is getting a little tired.  If we’re stuck with President Trump for another 3 plus years, possibly 7, I just don’t see how ratings can possibly keep up by continuously making fun of him.  Maybe it’s time to get more serious and take action instead of just poking fun?  I don’t know.

Don’t get me wrong.  When Alec Baldwin first hit the scene on SNL as Trump is was funny.   It was “new.”  It was something to be remembered.  But doing it all over again in the fall?  I’m just not a fan.  But alas, it’s not up to me and clearly SNL thinks that it’ll still be a boon to the show.  Baldwin recently sat down with members of the press in order to promote his upcoming film Blind, where the subject of his acclaimed Trump impression was brought up. When asked if he’d be returning to Saturday Night Live in the fall, he said pretty definitively:

Yea, we’re going to fit that in. I think people have enjoyed it.

So there you have it.  Expect more of Baldwin as Trump but I think this time around I’ll sit this one out.