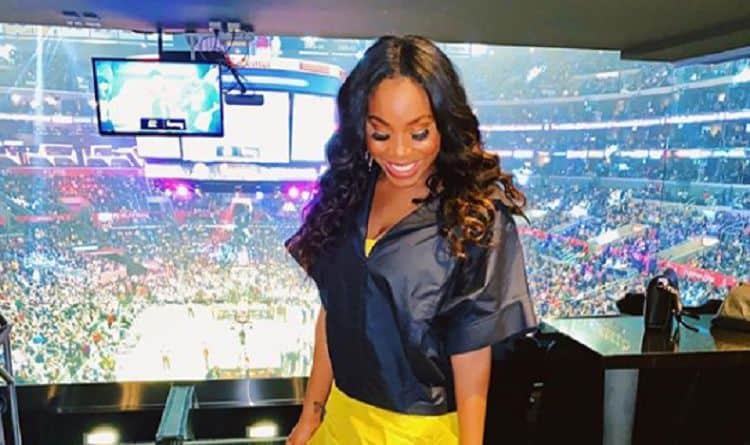 When Lauren Speed signed up to be on “Love is Blind,” she was hopeful that she would meet someone different. Indeed her hopes were not dashed; she became the first woman to be engaged to a man who had never seen her yet was sure from the conversations they had that she would make a good wife. Lauren and Cameron have been married for over a year and went to celebrate their first anniversary in Mexico. Her maternal instincts are kicking in, but for now, she is content being a mother to their dog. Learn more about the reality star, including how she knew that Cameron was the right man for her.

1. She wants to have a second wedding

In 2018, Lauren and Cameron got married in an intimate ceremony that had a few of their family members. While most couples would be content with the small wedding provided that family gets to attend, Lauren is not unless there is a reception, and everyone who wants to attend gets to do so. She regrets that some of the family members could not attend the first one, and since they always wanted to have a big wedding, they are planning on having a second one.

Fans were curious to know what happened to Lauren and Cameron after they got married. In response, the couple launched a YouTube Channel “Hanging with the Hamiltons,” which will explore every detail of their lives. Cameron explained they would talk about family and friends while Lauren added they would be revealing what goes on in their social lives, and since they have a dog, he will be a frequent topic too. Although it is barely a week old, the channel already has 223K subscribers.

3. When she knew her feelings for Cameron were serious

They say people can fall in love at first sight, but on “Love is Blind,” the phrase does not apply since the couples do not see each other. It is, therefore, about relying on an emotional connection with the other person, and when Lauren was with Cameron on the second day, she knew he was the one. They talked about their families, and they both became so emotional that they cried. Since that was the first time for Lauren to cry while on a date, she left the pod and could not get Cameron out of her mind as she told Essence.

4. She kept her apartment for three months after her wedding

Meeting someone for the first time on television and only hearing the sound of their voice then getting married to them in less than two months is a rushed process. Hence, Lauren, despite saying “I do” to Cameron, was still hesitant about moving in with him. It beats logic that they were legally married yet could not live together, but Lauren was not ready to give up her space. It took her three months to decide to be all in the marriage; hence she gave up her apartment to live with Cameron. She, however, has her own room for when she needs some time alone.

5. The biggest secret she has ever had to keep

Of all the secrets that Lauren has ever had to keep, the fact that she and Cameron were married was the hardest of them all. Although her close friends and family, the star could not post on social media since the show was yet to air after wrapping up its filming process in late 2018, and their contracts prevented them from disclosing any details. For one year and a half, Lauren had to resist posting on pictures that would give her away. Nevertheless, Cameron said that people were so curious that they began comparing the couple’s social media and piecing the facts together. For instance, when Lauren posted a Christmas tree on Facebook and Cameron posted the same one on Instagram, it was easy to conclude they were a couple.

6. The biggest lesson she learned while being on the reality show

Having fallen in love with a person she had not yet seen, Lauren learned that love is not about the physical appearance but more about the heart of a person. She also came to know that being vulnerable is strength; if you can love yourself for who you are, you will find someone who will love you without you having to change a thing about yourself.

7. What she cannot stand about her husband

No matter how much you love a person, there are a few traits that you will not like about him but have to learn to live with them. For Lauren, one thing she cannot stand about Cameron is the fact that he leaves dishes in the sink. The reality star gets annoyed because all her husband needs to do is rinse out the dishes and load them into the dishwasher. Cameron, on the other hand, thinks that Lauren does not know how to load the dishwasher, but she defends herself, saying once the dishes are in, that is what counts.

8. Her parents are divorced

Most people look at how long their parents have been married, and it gives them hope that their marriages will last as long. However, for Lauren, she did not have anyone who inspired her to be a wife. Since her parents are divorced, she said that she had to learn on her own what is expected of her as a wife. On the contrary, Cameron’s parents have been married for 33 years.

Speaking to CNN, Lauren and Cameron disclosed that they got direct messages on their respective Instagram accounts asking if they were single and if they would be interested in being on a dating show. At the time, both of their dating loves were almost non-existent. So Lauren filled out an application form and underwent an intense psychological examination before interviewing with the producers via Skype. She at first was skeptical but then realized it was an opportunity to meet someone who might turn out to be different from her previous dates.

Since Lauren’s father was involved in the entertainment industry- he was the creator of Video Soul on BET- Lauren quickly became drawn to the industry as well. Besides her passion for storytelling through filmmaking, the reality star has graced the covers of biker magazines and walked the runways of fashion shows, including New York Fashion Week.