Home
Television
Is There a Kingpin Miniseries on the Horizon? 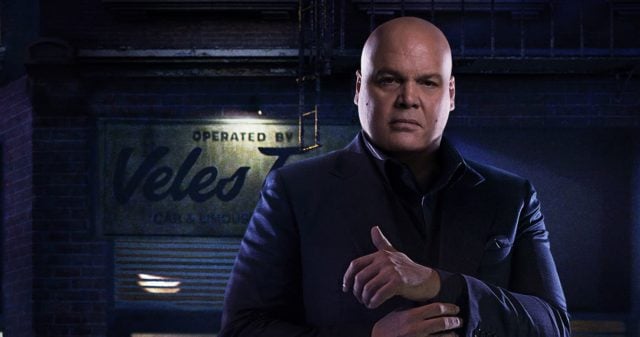 The Kingpin received a lot of screen-time on the first season of Netflix’s Daredevil. Now, it is known that he will be making a return to the third season of the same, meaning that interested individuals can expect to see more of the one of the most famous Marvel supervillains on the screen. With that said, what is even more interesting is the thought of a potential Kingpin mini-series.

Could There Be a Kingpin Miniseries?

Before people get too excited, it should be mentioned that there are no plans for a Kingpin mini-series at this point in times. Instead, the showrunner of Season 1 of Daredevil Steven S. DeKnight commented that he would be interested in doing a Kingpin mini-series when he was asked about whether he was planning to return to the Marvel Cinematic Universe. In fact, considering the detail that he put in when he mentioned his interest, it seems possible that he has put a fair amount of thought into this, which could bode well for the chances of interested individuals actually seeing such a thing on the screen at some point.

DeKnight stated that he would be interested in making a Kingpin mini-series based on the plotline from the comic books called Return of the King. Like its name suggests, it starts with the Kingpin attempting to get over his past as a crime lord because he has fallen in love with a woman named Marta in Spain. However, when Marta and her children are murdered by the Hand, Kingpin returns to the United States for the sake of getting revenge on those who ordered the deed done. For this purpose, he teamed up with Daredevil, which culminated in a plan on his part to take control of the Hand after killing its leadership.

Of course, an adaptation of Return of the King would have to undergo some serious changes for a better fit. For example, the Kingpin’s love interest Vanessa Mariana is still alive and well in the Marvel Cinematic Universe, meaning that such an adaptation would presumably involve her in some manner as opposed to a new character introduced for the purpose of providing the Kingpin with a narrative excuse to seek revenge. As a result, should something bad happen to Vanessa in the upcoming season of Daredevil, the chances of an actual mini-series centered around the Kingpin will be that much higher.

With that said, this is nothing but speculation at the moment. Granted, this is not baseless speculation, seeing as how it is based on expressed interest from someone who had an enormous role in setting up Daredevil and thus by extension, the other TV shows that are associated with it. However, until the idea of a Kingpin mini-series has been confirmed, people should not get too excited by the idea. Still, considering the fan interest in the Kingpin as well as the success of that particular part of the Marvel Cinematic Universe, a Kingpin mini-series is far from being impossible.