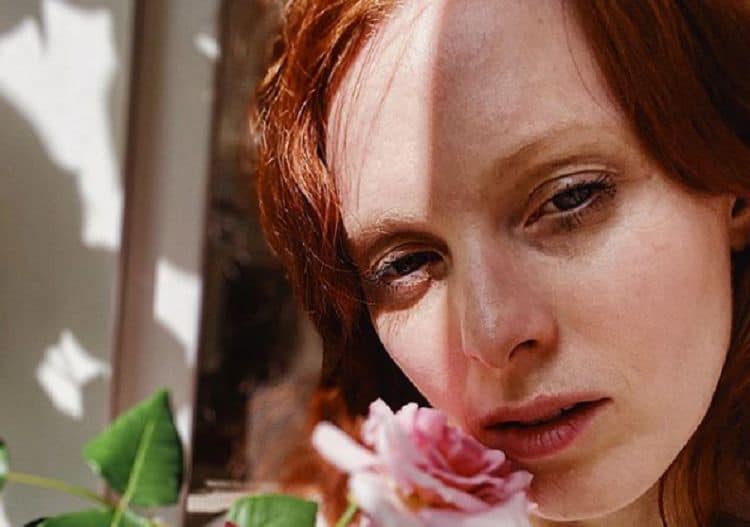 Music and modeling are two industries where longevity is difficult to achieve. However, Karen Elson has managed to achieve it in both of them. She began modeling more than 25 years ago when she was just a teenager. Over the course of her career, she appeared on the cover of dozens of well-known publications including Vogue, Elle, and Harper’s Bizarre. She’s also had lots of success on the runway where she’s modeled for brands such as Yves Saint Laurent and Chanel. A little over a decade ago, she also embarked on a music career. She released her debut album, The Ghost Who Talks, in 2010.  Her ability to do the things she puts her mind to have served her well, and Elson won’t be slowing down any time soon. Keep reading for 10 things you didn’t know about Karen Elson.

1. She’s An Advocate For Children’s Rights

Over the years, Karen has become very vocal about the things she believes in; one of those things is children’s rights. She has become a staunch advocate for the cause. She has been an ambassador for Save the Children, an organization based in the UK that fights for vulnerable children all over the world. Karen has also written articles on the subject.

2. She Doesn’t Like Being Told That She Looks Good For Her Age

Karen turned 41-years-old this year. In the modeling industry, it’s no secret that people are usually considered ‘old’ once they hit their 30s. Still, Karen isn’t preoccupied with aging and she’s welcoming whatever life brings her way. However, she says one of the biggest insults she has received is being told that she looks good for her age. She told Harper’s Bizarre, “If you’re 60, 70, or an 18-year-old; a beautiful woman to me is a beautiful woman regardless of her age.”

3. She Recently Revealed That Ryan Adams May Have Sexually Assaulted Her

Ryan Adams has been getting lots of negative attention lately after multiple women accused him of sexual assault. Even his ex-wife, Mandy Moore, accused him of mistreatment. Earlier this year, revealed that she had an incident with Adams as well. She alleges that she had a “traumatizing experience” with Adams although she said she wasn’t ready to go into detail.

4. The Fashion Industry Made Her Self Conscious About Her Weight

The fashion industry is known for creating and maintaining an unrealistic idea of what people should look like. For a lot of people in the industry, these expectations have a lot to do with weight. Karen has felt the pressure of this and says that being a model greatly impacted the way she saw her weight. She admits that she has been dieting in one way or another since she was a teenager.

5. She Hates Her Hair

Karen’s bright red hair has been a part of her image for her entire career. Surprisingly, though, Karen doesn’t even like her hair. During the same interview with Harper’s Bizarre, she said, “I hate my hair. I hate it. It’s so frizzy. Fluffy frizz. It took an hour of someone de-frizzing it this morning! It’s so hard to tame and it’s so fine and breaks easily. If I have it straight it can look too lank but when it’s big and curly it can turn frizzy – it’s a constant battle!”

6. She Has Shown Her Support For The Black Lives Matter Movement

Karen’s desire to speak up for the things she believes in doesn’t end with children’s rights. She has been very vocal about her anti-racist views and has shown her support for the Black Lives Matter movement. She has even shared resources for other allies who are looking for ways to help.

The 90s is a decade that lots of people feel nostalgic about. Karen is no exception. She told CR Fashion Book, “I have chronic nostalgia for the ‘90s. It was a rebellion against the ‘80s, which was all about extreme excess. There was a coolness, a creativity, and a quietness about the ‘90s that created so many fashion images, so many great designers. It felt so vulnerable, introverted, and real.”

Karen is the proud mother of two children: a son and a daughter. Both are from her marriage to musician, Jack White, which lasted from 2005 to 2013. Balancing work and motherhood isn’t always an easy thing to do, but Karen is grateful for the part each plays in her life.

9. She Always Wanted To Be A Singer

Even though modeling became Karen’s first claim to fame, she has always wanted to make music. Once things began to take off with her modeling career, she began to focus all of her energy there and music sort of fell on the back burner. However, if it hasn’t been for modeling, Karen may not have the platform and connections she needed to have a successful music career.

Karen’s good looks have helped her become a well-known name and face all around the world, but she wasn’t always praised for her beauty. When she was a kid, she was frequently bullied and told that she would never amount to much. Cleary, those people were completely wrong.