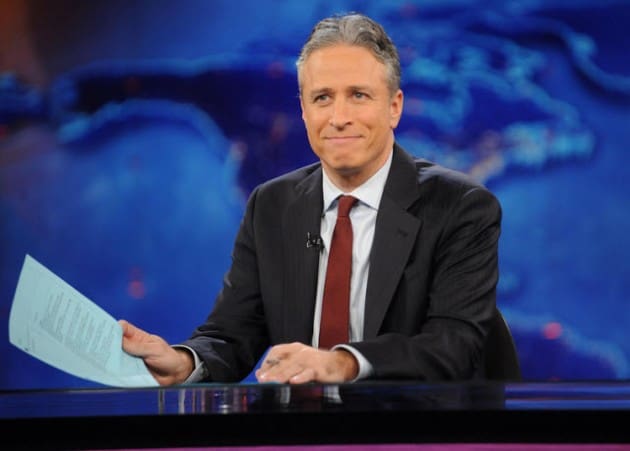 If there’s any truth to the ‘feud’ between Jimmy Kimmel and Matt Damon it’s that it has been going on for a while and has gotten a little disturbing at some points and downright hilarious at others. More than one star has been drawn into the feud at some point if only for a short time, but John Stewart has had to get in there and stir the pot as well. It’s for a good reason at least and definitely highlights the ongoing ‘feud’ for a good cause. The only thing is that there are times when the feud actually seems real if you’re not entirely upon what’s going on and how Jimmy Kimmel and Matt Damon really feel about one another.

Supposedly the feud started when Jimmy Kimmel was having a rather blah show and then busted out a line apologizing to Matt Damon that they just ran out of time. Eventually Damon, who’d been hearing the line for a while before being asked onto the show, was told once again that they didn’t have enough time. He and Jimmy have been ‘frenemies’ ever since. The feud has continued to go on and on and like I just mentioned it’s hard to really see just how fake it is at times since the two really get into it and tend to say some very mean things to each other. But keep this in mind, they’re actors. If anyone knows the boundaries between reality and acting it would be them.

Plus, we don’t get to see them off screen so it’s easy to assume that they actually act civil and friendly around one another when it private. Also think of this, if they simply acted when they were onscreen without any prior warning some of the things they do and say could be taken the wrong way or could really end up causing bodily harm. Even the moment when Matt flings the pepper grinder at Kimmel could have gone wrong if it wasn’t rehearsed. It might well have been improvised but the fact is that they both know the feud is something to keep people guessing and to get attention, as well as laughs, but it still needs to be kept professional. Injury during a fake feud doesn’t seem too optimal.

It can be difficult to understand just when actors are really acting since some of them are just that good and can turn it on and off. But in reality this feud is something concocted to help both men gain a little more popularity and attention, and thus far it’s worked. John Stewart is just another famous name to add to the mix and played his part beautifully. Plus, think about this, no one just walks onto a set, even if its a famous and retired talk show host. These sets are usually closed and even guarded by security so just waltzing in is not that possible. That’s another way you can tell that something is staged.

For those people that believe the feud is real and not at all faked, sorry to tell you but this is Hollywood, the only reality you get is that nothing is real.