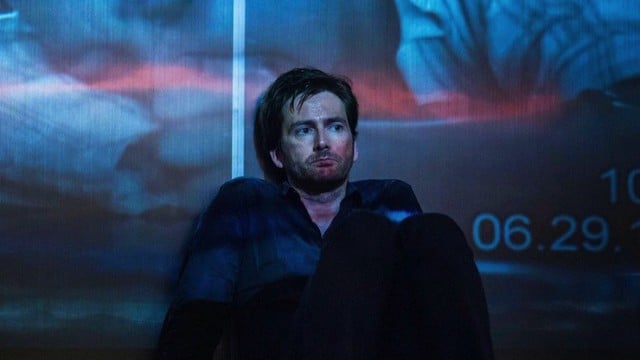 “AKA Sin Bin” feels very much like the end of Jessica Jones‘ second act. While the first four or five episodes told “The Luke and Jessica Story,” the last four episodes have doubled down on The Man That Is Kilgrave, digging into his psyche as Jessica tries to figure out a way to stop him. Well, “stop him” is a bit heavy: she really just wants him to confess to the murders he caused Hope to commit, which isn’t quite the high-stakes confrontation we expect from dramatic series with defined Good Guys and Bad Guys. I’ve been waiting for that motivation to shift into truly stopping Kilgrave, and with the end of “AKA Sin Bin,” it feels like Jessica Jones, both the show and its titular character, are switching into that gear.

And to the episode’s credit, “AKA Sin Bin” gets Jessica to that place pretty evocatively. From the small, tight location of the interrogation room and water cage, to the harrowing, violent final sequence, “AKA Sin Bin” is pretty effective at building tension, then descending into chaos in horrific fashion. As a spectacle, “AKA Sin Bin” is an unmitigated success, a nice dramatic crescendo to widen the show’s scope again, after bearing down on its antagonist for the last four hours; unfortunately, all of that is fairly superficial. Dig under the surface of anything in this episode, however, and the whole thing falls apart in shambles.

It begins with Jeri, who really must be an idiot if she’s considering covering up her ugly divorce with Kilgrave’s help. Even if she is still skeptical about the effects of what Kilgrave’s done to people, the idea she’d even consider working with the man is ridiculous. Utterly ridiculous; and if Jessica Jones wants us to commit to her as a conflicted character, rather than some selfish a** hat who doesn’t consider the consequences of anything she does in life, her actions in this episode are an absolute fail. I don’t care about the percentages of her divorce, or the secretary that’s now withholding sex from her: the moral conflicts the show’s tried to set up for Jeri have been wildly ludicrous and cliche, and seeing her try to act on them in selfish manners only makes the whole thing more frustrating.

Then there’s Kilgrave’s parents, the most depraved English professors in the history of the world – or the most caring parents ever, depending on who you want to believe. But let’s back up a step further: why the hell are they so close to the very person they’re trying to run away from? Seriously, what did they think would happen, and why, suddenly, would the death of one random girl’s parents bring them running? If anything, they’d be watching for fishy stories so they could bounce whenever things got questionable – not live within reasonable driving distance from the very man who tortured and controlled them for years, I don’t care how useful that support group is. It really feels like they’re brought into the picture because Jessica Jones wasn’t ready to kill any of the other characters in the room, so instead, we get to watch Kilgrave’s mother stab herself over and over again, an idiotic plan that leads to an idiotic end, the most implausible, desperate way for Jessica to capture Kilgrave’s powers on video I could imagine.

If Jessica wasn’t going to keep Kilgrave there to kill him, why bring him there at all? She knows, as a PI, that nothing she does is going to have any legal effect, and as more and more people tell her this, her actions lose more and more credibility. She pretty much tells Kilgrave she’s going to beat his powers into coming out, and then is incredulous when that fails to work; while I understand the psychological torture Jessica’s putting herself through trying to get this guy to confess, all of the torture and punching and staring really doesn’t add up to much, besides what feels like a very contrived way to get all these people in the same room for a useful purpose.

I really lament the placing of “AKA Sin Bin” as the ninth episode of the season, and not just because I wonder if Jessica Jones will be able to effectively fill four more hours of TV (which may include healthy doses of divorce court – thrilling!). The episode reveals the situation Jessica and Kilgrave to be a dramatic ruse; this can’t be the climatic showdown between the two of them, which means we’re all just watching the clock and waiting for Kilgrave to break out once again. I suppose it’s part of Jessica’s struggle to regain control of her life, but boy, does “AKA Sin Bin” find a poor way to frame that idea, turning her into a torturer, and the rest of its cast into puppets shuffling neatly into place for the shocking, undeniably inevitable conclusion. After such a thematically layered, emotionally rich first eight episodes, I’m a bit stunned at how sloppy and heavy-footed “AKA Sin Bin” turned out to be. 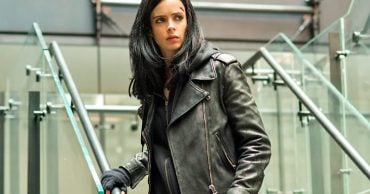 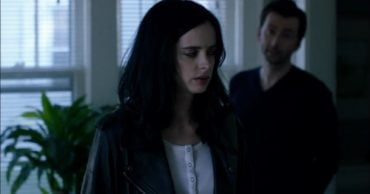 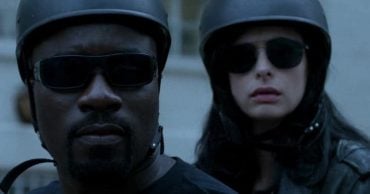 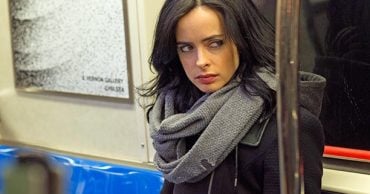 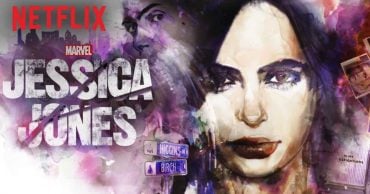 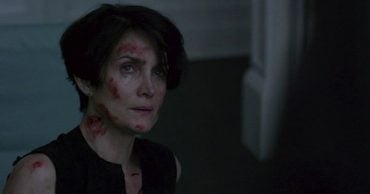