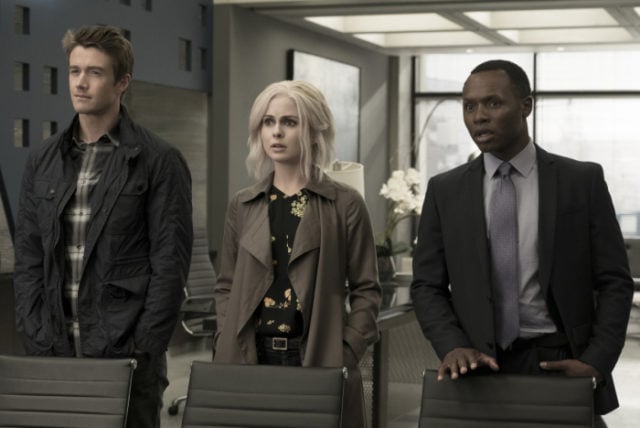 It’s been nearly a year since the epic two-part Season 2 finale of iZombie aired, but tonight’s premiere, “Heaven Just Got a Little Bit Smoother,” picks up immediately after the events of the Max Rager massacre, as Liv, Clive, and Major follow Vivian and the rest of her Fillmore-Graves troops out of the building before they blow up the basement. You can still feel the chaos and confusion of the situation throughout the opening scene, and that fast-paced, almost frenetic nature continues throughout the entire premiere, as we (along with iZombie‘s characters) begin to learn a little bit more about what exactly Fillmore-Graves is and what the company has planned. And while all of that is going, there’s still the matter of dealing with the fallout from last season’s events, mainly Major’s arrest for being the Chaos Killer and Liv’s grief over killing Drake.

As anyone can tell from the description above, “Heaven Just Got a Little Bit Smoother” is a jam-packed episode of iZombie, but jam-packed episodes are usually some this series’ best episodes and that’s certainly the case with tonight’s premiere. This season opener comes out of the gate with confidence and ambition, pushing the show into new territory almost immediately with the seemingly inevitable zombie/human war and taking advantage of the new dynamics between the characters, particularly Liv and Clive, whose relationship seems to be even stronger now that he knows the truth about her being a zombie. Like most high-concept series that deal with secret identities, iZombie is benefiting greatly from having all of its major characters now in the know about zombies; shows can only tell satisfying stories for so long when characters are keeping major secrets from their friends and colleagues, and that’s what makes the “no secrets” scene in tonight’s premiere such a promising sign of things to come–iZombie is going to fully take advantage of this new status quo when it comes to both plot and character development.

We can already see the series using Clive’s awareness about zombies to great effect in tonight’s episode. Not only does Clive’s emotional connection to Wally and his family, who are murdered at the end of the episode (presumably because they are zombies), add another exciting layer to the already very complex “humans vs. zombies” storyline, but his friendship with Liv is even more compelling now. Look at the scene in the car in which he tries to comfort her about Drake after the soldier brain begins to wear off, or the scene right after when he reminds a drunken Liv that he’s only alive because she shot Drake and that she should try to remember that anytime she beats herself up too much. These are conversations and interactions that we could have never seen between Liv and Clive before he knew the truth about zombies, and if what we witness from the two of them tonight is a sign of things to come in Season 3, there’s a very good chance that the Liv/Clive friendship, which I already love, could be my favorite part of the show this year.

But I’m also very curious to see if Fillmore-Graves winds up being friend or foe. At the moment, Vivian and her mercenaries seem to be on the right side of things, especially after the brutal killing of Wally and his family, which only happens after radio host, Chuck Bird, incites panic over a possible “zombie apocalypse” on his show. However, there’s a calculated nature to the way that Vivian handles business that I can’t see clicking with Clive or even Liv’s moral code as the season continues. Her plan to move all zombies over to their own island is certainly interesting in theory and it does make sense, but I doubt it’s anything we’ll actually ever see come to fruition on the show. Season 3 is clearly setting up for some type of war between humans and zombies, and I doubt Vivian or any of her soldiers will have sympathy for the likes of Petyon or Ravi, even if he does come up with a way to restore people’s memories after they’ve taken the cure.

Unlike the past two seasons of iZombie, which have featured Big Bads that Liv, Ravi, and Major needed to take down, Season 3 seems to be much more interested in the moral dilemma that our characters will face as more and more humans discover the truth about zombies. Will any type of peace be an option, or is bloodshed just inevitable? And if it comes down to that, will Liv and Major choose their friends or fight alongside their own kind?

Major has already joined the ranks of Fillmore-Graves’ mercenaries, since it’s one of the few jobs he can take that won’t judge him for his association with the Chaos Killer case, and Liv seems quite friendly with Vivian in the closing moments of “Heave Just Got a Little Bit Smoother.” But that’s after she’s seen the dead bodies of an entire zombie family, which makes the issue seem pretty cut and dry. If I know anything about iZombie, it’s that it will continue to make the internal conflict that Liv faces more and more complicated throughout the rest of the season, and I, for one, can’t wait to see how the series makes it all happen. iZombie Season 3 has a lot to live up to after the dramatic highs of Season 2, but if tonight’s game-changing premiere is any indication, this season is going to up the ante even more. Have I mentioned how happy I am that this show is back?

What did everyone else think about tonight’s iZombie premiere, and what are your predictions for Season 3? Comment below and let me know.

Liv and and her friends start to discover more about Fillmore-Graves in the fantastic Season 3 premiere of iZombie. 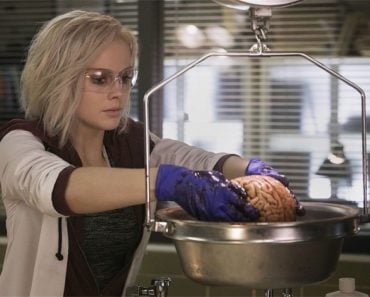 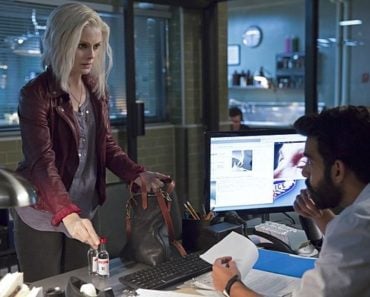